On Monday, air quality in Melbourne was downgraded from 'very poor' to 'hazardous', prompting health warnings from authorities. 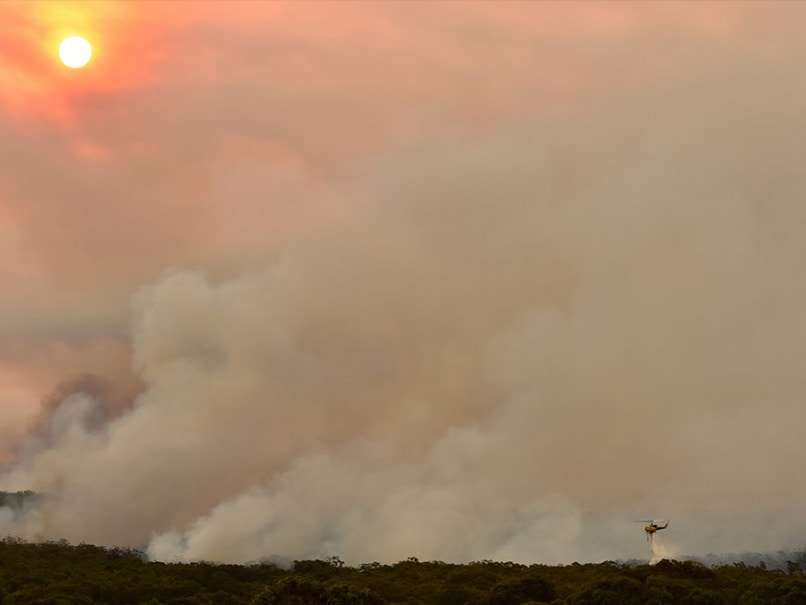 Dense bushfire smoke is threatening the start of the Australian Open.© AFP

Dense bushfire smoke is threatening the start of the Australian Open with a potentially hazardous fog lingering over Melbourne less than a fortnight before the competition begins. On Monday afternoon, the city's air quality was downgraded from 'very poor' to 'hazardous', prompting health warnings from authorities, reports Xinhua news agency. The smoke comes from widespread fires which continue to rage in Victoria's East Gippsland region. World No. 2 and seven-time Australian Open champion Novak Djokovic expressed his concerns about the air quality in Melbourne, saying that players and officials would meet to discuss a possible delayed start to the tournament.

However, Tennis Australia chief executive Craig Tiley responded by saying that he is confident the event will go ahead as planned.

"We have committed substantial extra resources to analysis, monitoring and logistics to ensure the health and safety of all players, staff and fans throughout the summer and have no other plans to move events," Tiley said.

Women's world No. 1 Ashleigh Barty said that there were bigger issues than the delaying of the tournament by a couple of days, and that health and safety would have to come first.

"First and foremost, the reason that there is smoke in the air is what's most devastating at the moment for our country," the Australian said.

"It's just a really tough time. Tennis is a sport, it's a game that we play, and there are certainly a lot of bigger things going on in Australia right now that we need to take care of."

As a show of support for those affected by the fires, a special 'Rally for Relief' event will be held ahead of the Australian Open, with many of the world's top players committing to charity matches.

The matches are part of a larger initiative known as the 'Aces for Bushfire Relief', which will see 100 A$ ($69) donated for every ace served at tournaments across the country this summer, including at the Australian Open.

Novak Djokovic Ashleigh Barty Tennis
Get the latest updates on IPL 2021, check out the IPL 2021 Schedule and Indian Premier League Live Score . Like us on Facebook or follow us on Twitter for more sports updates. You can also download the NDTV Cricket app for Android or iOS.