"Have To Consider" Delaying Australian Open Amid Bushfires: Novak Djokovic

Novak Djokovic said that delaying the Australian Open should be the last option for anything, but it should be definitely considered if it affects health of players. 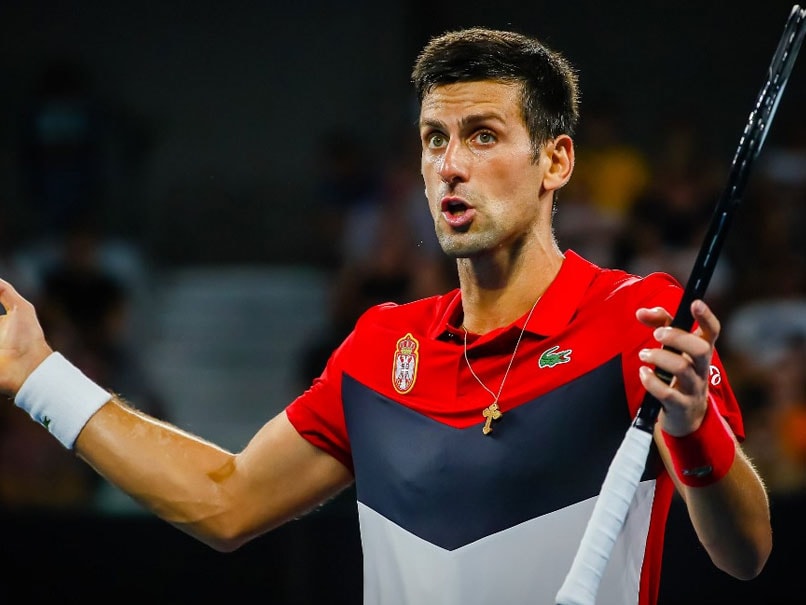 Novak Djokovic is the president of the ATP players council.© AFP

Novak Djokovic said Australian Open organisers should consider delaying the first Grand Slam of the year if haze from bushfires raging around the country threatens players' health. The opening major of 2020 is due to start at Melbourne Park on January 20 and the city was blanketed by smoke from blazes burning to the east on Saturday, compromising air quality. Djokovic, president of the ATP players council, said in the early hours of Sunday that any delay would be a last resort, but it needed to be discussed.

"I mean, it's fair from you to say that (ask the question)," he said when pressed on the matter in Brisbane, where he is playing for Serbia in the inaugural ATP Cup team event.

"Obviously, you have to always... because of some extreme weather and conditions, you just have to consider it.

"But I think that's probably the very, very last option for anything. I think they're going to try to do anything to not delay in terms of days and when it starts.

"I mean, and I understand why, but if it comes down to those conditions affecting the health of players, I think we should definitely consider it."

Catastrophic bushfires have been raging in Australia for weeks, leaving 24 dead and hundreds of properties destroyed.

Tennis officials last week took the unprecedented decision to relocate the Canberra International -- an ATP Challenger 125 event and on the women's ITF World Tennis Tour, which serves as a stepping stone to the full tour.

They said play would not have been possible in the Australian capital which has been choked by smoke, with the tournament now due to start Monday at Bendigo in Victoria state.

Djokovic said he had experienced air quality issues at tournaments in China, but the bushfires had created an unprecedented situation.

The Serbian superstar said he not spoken to Tennis Australia chief Craig Tiley "but people from my team have".

"They're obviously tracking the situation every single day as it's evolving and hopefully calming down with the smoke and fires," he said.

"I think they will, if it continues the same way and if the quality of air is affected... I think Tennis Australia probably will be forced to, I think, create some rules about it.

"I mean, it's tough for them because scheduling has to be respected in terms of play and the Australian Open starts at a certain time, so there's a lot of different things involved.

"But health is a concern for me and for anybody."

He said the ATP players' council was due to meet before the Australian Open and the issue would be on the agenda.