Top-ranked Rafael Nadal and Ashleigh Barty lead the field at the 115th edition of the Australian Open from January 20-February 7. 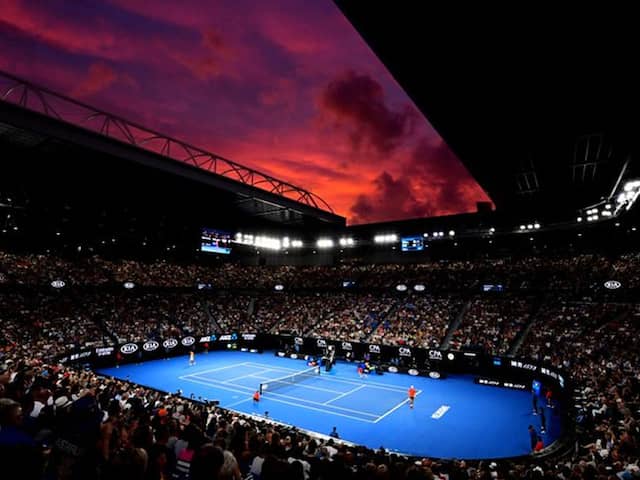 All the world's top 50 men and women players, bar Victoria Azarenka, have confirmed they will start the Australian Open, the first Grand Slam of the season, at Melbourne Park in January, organisers said Saturday. Top-ranked Rafael Nadal and Ashleigh Barty lead the field at the 115th edition of the tournament from January 20-February 7, which will mark the return to action of former world number three Juan Martin del Potro. The Argentinian has a protected ranking of 22 as he makes a comeback from a six-month injury break.

Seven-time winner Serena Williams will play as she targets an elusive 24th Grand Slam title to match the all-time haul of Margaret Court.

Margaret Court will be honoured during the tournament to mark the 50th anniversary of her calendar-year Grand Slam.

Serena Williams' 39-year-old sister Venus will also be back for another year.

Missing among the top 50 is two-time champion Azarenka, who withdrew prior to the entry deadline Saturday for unspecified reasons.

"We are delighted to welcome this extremely strong player field to Melbourne in what promises to be a once in a generation event," said tournament director Craig Tiley.

Over the past decade, with the exception of Swiss Stan Wawrinka in 2014, the men's event has been dominated by Novak Djokovic and Roger Federer, while Nadal won his first and only crown in 2009.

Djokovic is the defending champion and is gunning for an eighth title while Federer, at age 38, is looking for his seventh.

The women's event has been far more open with seven different champions in the past 10 years, including Japan's Naomi Osaka in 2019.

Former winner Caroline Wozniacki recently announced that the tournament would be her last before retiring.

Novak Djokovic Roger Federer Naomi Osaka Serena Williams Ashleigh Barty Tennis
Get the latest Cricket news, check out the India cricket schedule, Cricket live score . Like us on Facebook or follow us on Twitter for more sports updates. You can also download the NDTV Cricket app for Android or iOS.