The first Slam of 2020 will mark the 50th anniversary of Margaret Court winning all four majors in the same year -- the holy grail of tennis. 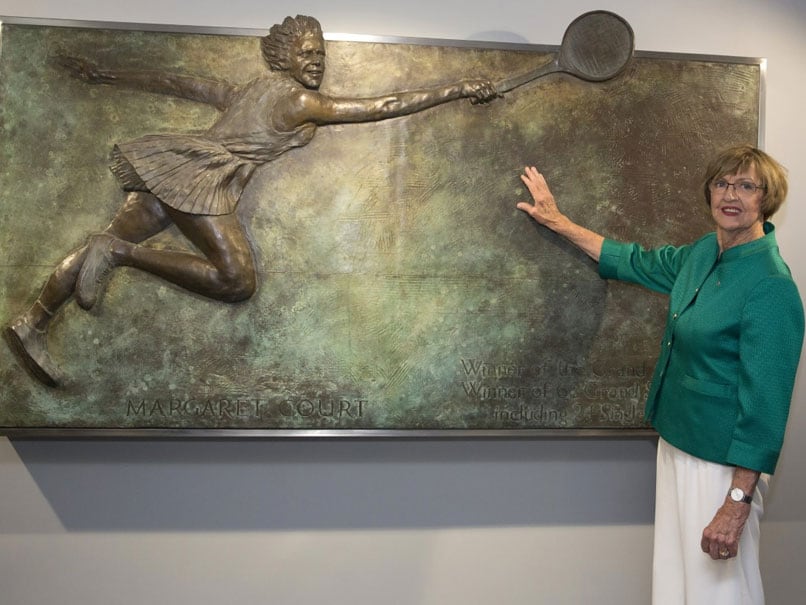 Margaret Court used to attend the Australian Open regularly but hasn't shown up since 2017.© AFP

Margaret Court's calendar-year Grand Slam jubilee will be commemorated at next year's Australian Open, Tennis Australia announced on Saturday while hitting out at her "demeaning" personal views on homosexuality and gay marriage. The first Slam of 2020 will mark the 50th anniversary of Court winning all four majors in the same year -- the holy grail of tennis. Earlier this month, Court -- now a church pastor -- complained that she had yet to receive a formal invitation to the tournament in January to mark her achievement.

It followed controversy over her views on homosexuality and gay marriage, which has seen high-profile players like Billie Jean King and Martina Navratilova call for the Margaret Court Arena to be stripped of her name.

Tennis Australia on Saturday said the historic occasion would be marked with a programme of events throughout the tournament, with Court invited to attend.

But it made clear that her personal views were not supported by the governing body.

"Tennis Australia respects Margaret's unmatched tennis career and welcomes her to the Australian Open, particularly in this milestone anniversary year," it said in a statement.

"As often stated, Tennis Australia does not agree with Margaret's personal views, which have demeaned and hurt many in our community over a number of years.

"They do not align with our values of equality, diversity and inclusion."

Court used to attend the Australian Open regularly but hasn't shown up since 2017, when the controversy over her views first flared.

Despite the scathing comments from Tennis Australia, she said would be back for 2020.

"I'm looking forward to celebrating the 50th anniversary of winning the Grand Slam with my family and friends at the Australian Open," she said.

"This is an incredible milestone for me, and I can't quite believe how quickly the time has gone. It's always wonderful to catch up with my fellow legends and I'm grateful to Tennis Australia."

Court first drew fire in 2017 for saying she would avoid Qantas over the airline's support for same-sex marriage, which is now law in Australia following a referendum.

She later claimed, in comments that were widely derided, that tennis was "full of lesbians" and that transgender children were the result of a Nazi-style "plot" to brainwash the minds of young people.

Fellow Australian Laver, who like Court has a stadium named after him at Melbourne Park, is routinely feted at the event and was honoured this year for his 1969 feat.