Andy Murray has been slowly working his way back to fitness and is now ranked 289th, up from 503rd just a week ago. 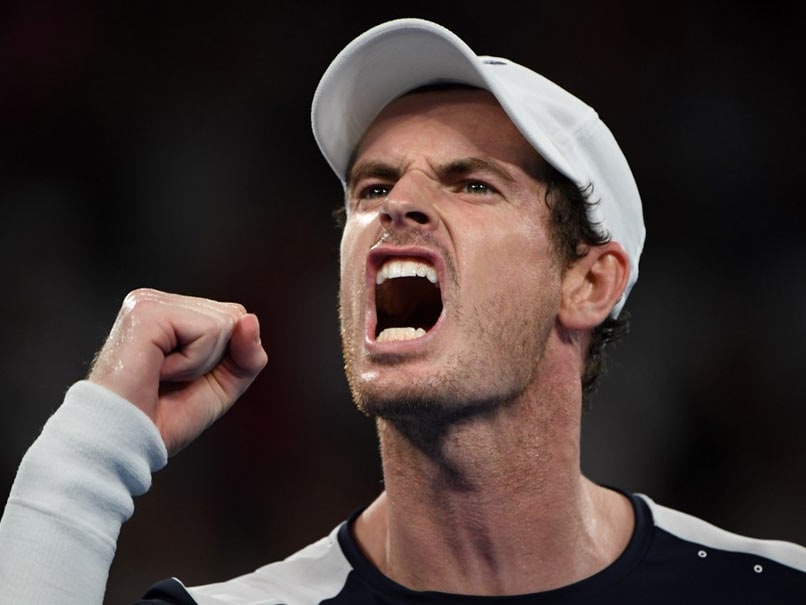 Andy Murray will make his Grand Slam return at the Australian Open in January.© AFP

Andy Murray will make his Grand Slam return at the Australian Open in January, a year after career-saving hip surgery, the organisers announced on Tuesday. The British three-time major winner has been slowly working his way back to fitness and is now ranked 289th, up from 503rd just a week ago. Murray, 32, won his opening match at the Shanghai Masters on Monday, beating Argentine qualifier Juan Ignacio Londero in three sets, following a quarter-final appearance in Beijing last week. With his confidence seemingly growing by the day, Australian Open organisers said the former world number one had committed to extending his comeback into the majors in January.

"Confirmed: Andy Murray will return to compete at the #AusOpen in 2020," they tweeted.

The official Australian Open website said Andy Murray "would return to the main draw with a protected ranking of number two and restored physical powers".

He has made the final five times at Melbourne Park, most recently in 2016, but is yet to lift the trophy.

Before this year's tournament, Murray held an emotional press conference, announcing in tears that he would retire after Wimbledon because the pain in his hip had become too much to bear.

But he rediscovered his competitive spark after losing an epic five-setter to Roberto Bautista Agut, and opted instead to undergo hip resurfacing surgery and back himself to return to competitive tennis.

Australian Open organisers hope there will be another blast from the past if Belgium's Kim Clijsters can meet her goal of taking to the court again in January after an absence of more than seven years.

A crowd favourite in Melbourne, the 36-year-old retired to have a family but made a surprise announcement last month that she was making a comeback in 2020.

Clijsters has won four Grand Slams, including the 2011 Australian Open.

Andy Murray Tennis
Get the latest updates on ICC T20 Worldcup 2022, check out the Schedule and Live Score. Like us on Facebook or follow us on Twitter for more sports updates. You can also download the NDTV Cricket app for Android or iOS.