Maria Sharapova dropped out of the Austrian tournament last week but says that she could play in the Luxembourg tournament which starts October 14, even though her main focus is to get healthy for the 2020 season. 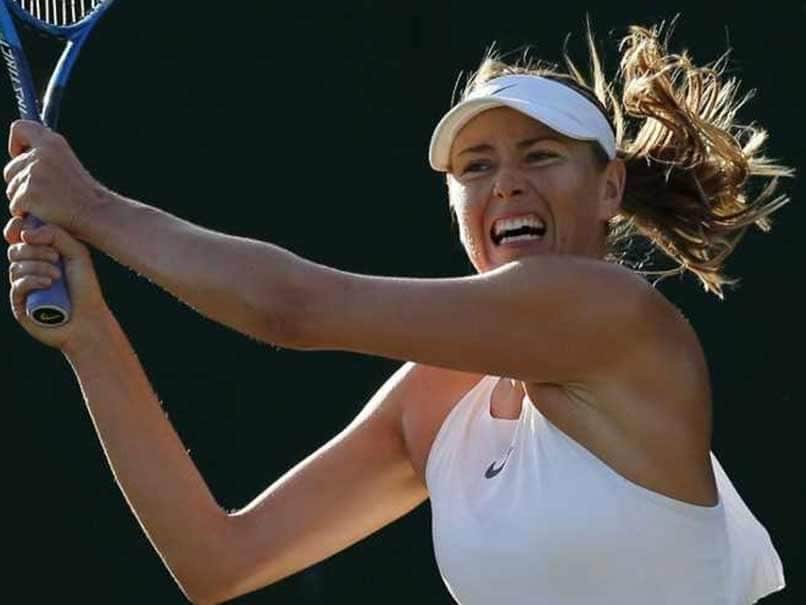 Maria Sharapova said on Tuesday that she could make a comeback at Luxembourg next week after her troublesome shoulder forced her to withdraw injured from the WTA indoor event in Linz. The five-time Grand Slam winner dropped out of the Austrian tournament last week but says that she could play in the Luxembourg tournament which starts October 14, even though her main focus is to get healthy for the 2020 season. "I'm back on track now," said Sharapova, whose last match was a crushing first round loss to Serena Williams in the US Open.

"I'm doing all the right things, but I might need a little more time. I might play next week. I'll test the shoulder with a couple of practice sets.

The 32-year-old missed more than four months, in the wake of right shoulder surgery. She returned for the grass-court season but was then forced out of Wimbledon by a left forearm injury.

She won the last of her five Grand Slam titles at the 2014 French Open and served a one-year ban following a failed drugs test at the 2016 Australian Open.

"The shoulder has been weak link in body for many years. This year it got pretty bad. I didn't play for most of the season," she said.

"But those are the ups and downs an athlete goes through. I have the motivation to get better. I know there are no limits to what you can achieve."

Sharapova has been attempting to strengthen her shoulder with a new coaching team headed by Italian Riccardo Piatti, spending the last three weeks at his training complex on the Italian Riviera, near the border with France.

"For a few months this year the shoulder felt quite good, during the lead-up on grass," she said of her 2019 season.

"But I played a hard match on cement in Canada and that hurt me for the next few weeks."

Sharapova flew to Austria from Nice for sponsor and tournament commitments, and said that -- like 38-year-old icon Roger Federer -- she has no timetable for ending her career.

"I'm closer to the finish than the beginning or middle of my career -- but who knows."

Comments
Topics mentioned in this article
Maria Sharapova Tennis
Get the latest updates on India vs South Africa and check out  Schedule, Results and Live Score. Like us on Facebook or follow us on Twitter for more sports updates. You can also download the NDTV Cricket app for Android or iOS.