Wimbledon 2019: Maria Sharapova Knocked Out After Losing To Pauline Parmentier In First Round 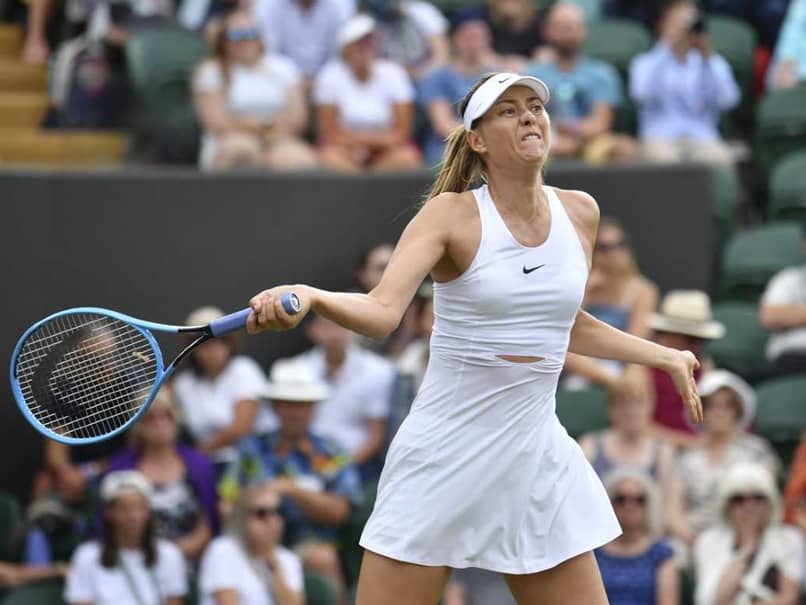 Former champion Maria Sharapova was knocked out of Wimbledon in the first round on Tuesday, raising more questions about her future in the sport. The 2004 champion retired with a right arm injury in the final set of her tie with Frenchwoman Pauline Parmentier who claimed a 4-6, 7-6 (7/), 5-0 win. Sharapova, now ranked at 80 in the world, served for the match in the second set but then needed treatment on her arm. The 32-year-old had only returned to the tour in Mallorca last month after five months out to recover from shoulder surgery.

Barty, who is bidding to become the first woman since Serena Williams in 2015 to win both the French Open and Wimbledon in the same season, drew on the film The Lion King to describe how she felt leading into the match.

"Kind of came into it thinking kind of like hakuna matata (Swahili for no trouble and a title of a song in the film), just relax and go for it," said the 23-year-old.

Seven-time champion Serena Williams joined them in the second round, but put in a rather laborious performance before beating Italian qualifier Giulia Gatto-Monticone 6-2, 7-5.

However, the 37-year-old professed herself to be content with her performance as she has bene struggling with a knee injury.

"It is the best I have felt since February," she said.

Williams injury may have healed but for the former glamour girl of the circuit Maria Sharapova it was quite the opposite.

The 2004 champion had to retire from her match with Frenchwoman Pauline Parmentier due to an arm injury and at 32 the chances of ever returning to being a genuine Grand Slam contender must be slim.

Meanwhile, Kate, the Duchess of Cambridge, left the plush confines of the Royal Box at Wimbledon to watch a British wildcard competing on the lowly outside courts.

In a rare move for a member of the royal family visiting the All England Club, Kate took her place in among the 318 regular seats on Court 14 to watch Harriet Dart take on Christina McHale.