Maria Sharapova, a five-time Grand Slam champion, has not played since pulling out of a tournament in her native Russia at the end of January. 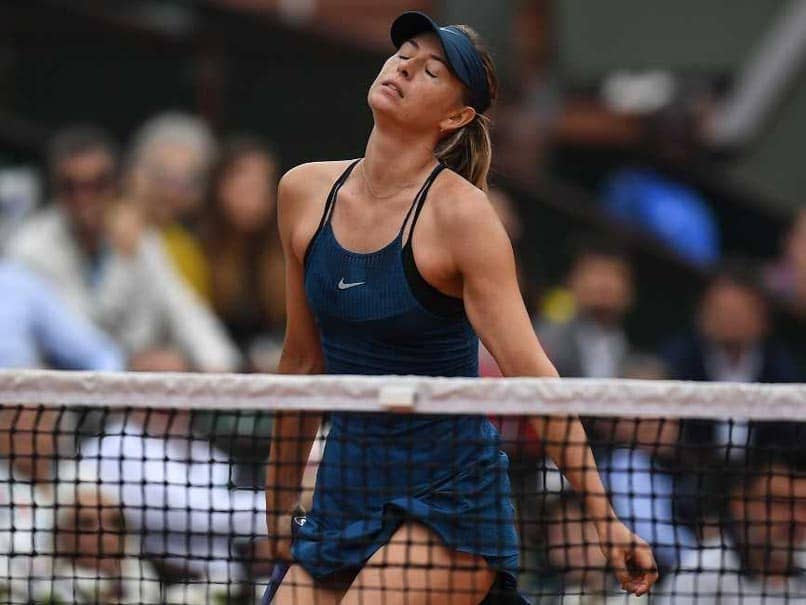 Maria Sharapova has been struggling back to top fitness since her doping ban.© AFP

Maria Sharapova has pulled out of this year's French Open with a shoulder injury, the two-time former Roland Garros winner announced on Wednesday. Sharapova, 32, a five-time Grand Slam champion, has not played since pulling out of a tournament in her native Russia at the end of January. "Sometimes the right decisions aren't always the easiest ones," she said in a post on her Instagram account.

"In better news, I have returned to the practice court, and slowly building the strength back in my shoulder," she added with a picture of her lifting the Roland Garros trophy in 2014.

In February the world number 35 said she had undergone a small procedure to fix a long-standing shoulder problem.

The former world number one had missed out on a place in the Australian Open quarter-finals in January.

Sharapova has been struggling back to top fitness since watching from the sidelines during her 15-month doping ban that ended in 2017.

This year's French Open will run from May 26 until June 9, with Rafael Nadal and Simona Halep as defending champions.

US tennis player Nicole Gibbs says she will miss the French Open because of surgery to treat salivary gland cancer.

The 26-year-old, ranked 116th in the world, said on Twitter that the procedure is scheduled for Friday, and she's aiming to try to qualify for Wimbledon in June.

Gibbs reached the third round of the 2014 US Open and 2017 Australian Open.

She reached a career-high 68th in the world rankings in 2016. She won US collegiate singles and team titles for Stanford University, but remains in search of her first WTA Tour title.

She said in her tweet that her dentist discovered a growth on the roof her mouth about a month ago, and her surgeon is "confident that surgery alone will be sufficient treatment".

Comments
Topics mentioned in this article
Maria Sharapova Tennis
Get the latest updates on IPL 2021, IPL Points Table , IPL Schedule 2021 , live score . Like us on Facebook or follow us on Twitter for more sports updates. You can also download the NDTV Cricket app for Android or iOS.