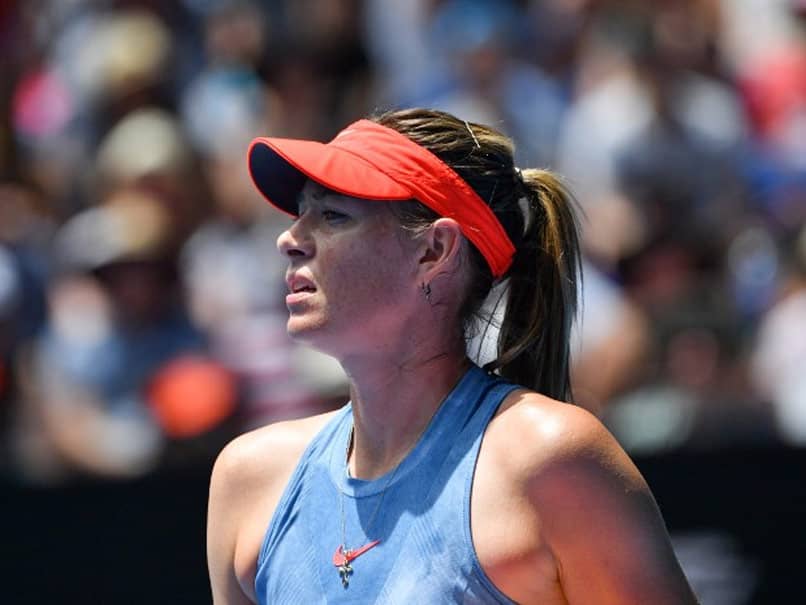 Five-time Grand Slam champion Maria Sharapova crashed out of the Australian Open after losing 6-4, 1-6, 4-6 to local hope Ashleigh Barty in a Round of 16 tense thriller at Rod Laver Arena on Sunday. The 15th seeded Australian staged a stunning turnaround in the biggest match of her career, beating the 2008 champion to reach her first Grand Slam quarterfinal. After dropping the first set, Barty scored a thrilling victory, capped with a dramatic final game in front of a packed home crowd. She becomes just the fourth Australian female quarterfinalist at Melbourne Park, and the first since Jelena Dokic made a thrilling run to the last eight in 2009. With Alex de Minaur, Alex Bolt and Alexei Popyrin all falling in third round of the men's draw, Barty is the sole Australian standing at the Australian Open.

First Aussie woman in an #AusOpen QF in ten years.

The Czech eighth seed downed the unseeded 17-year-old 6-2, 6-1 to set up a last eight meeting with Ashleigh Barty. Kvitova is on a nine-match win streak this year after claiming the Sydney International warm-up title and is yet to drop a set in four matches at the season-opening Grand Slam.

But the 28-year-old said she was wary of Anisimova, who defeated her last year in Indian Wells.

"It's always difficult when you play someone who's beaten you before," she said.

"I started very well and when the nerves went away I was much better."

Kvitova's best result at Melbourne Park was a semi-final appearance in 2012 and this year's advance to the last eight is her most successful run since a burglar slashed her left hand with a knife in December 2016.

The attack, which happened at her home in the Czech Republic, left injuries which required extensive surgery and forced her out of the game for six months.

Kvitova said she was enjoying her red-hot run of form.

"I'm feeling good. I'm really enjoying my time on the court and playing tennis, which is the main thing for me," she said.

Anisimova, who shares an agent with her childhood idol Sharapova, made a nervous start, committing three unforced errors in the opening game to go down a break.

The teenager, the youngest player to reach the fourth round at Melbourne Park since 2006, regathered as the Czech went hunting for another break.

She double faulted and was caught off guard with a drop shot but stubbornly defended her serve in a game that went to deuce seven times.

Kvitova was relentless though, picking off the youngster's second serve to snatch a second break then claiming the first set after 32 minutes.

She never looked back, racing home in the second after claiming six straight games.

Comments
Topics mentioned in this article
Petra Kvitova Tennis Maria Sharapova Ashleigh Barty
Get the latest updates on India vs Australia Series, check out the India vs Australia Schedule for 2020-21 and Ind vs Aus live score . Like us on Facebook or follow us on Twitter for more sports updates. You can also download the NDTV Cricket app for Android or iOS.