Kvitova has now lost both her matches and needs results to go her way in the White Group to stay afloat in the season-finale. 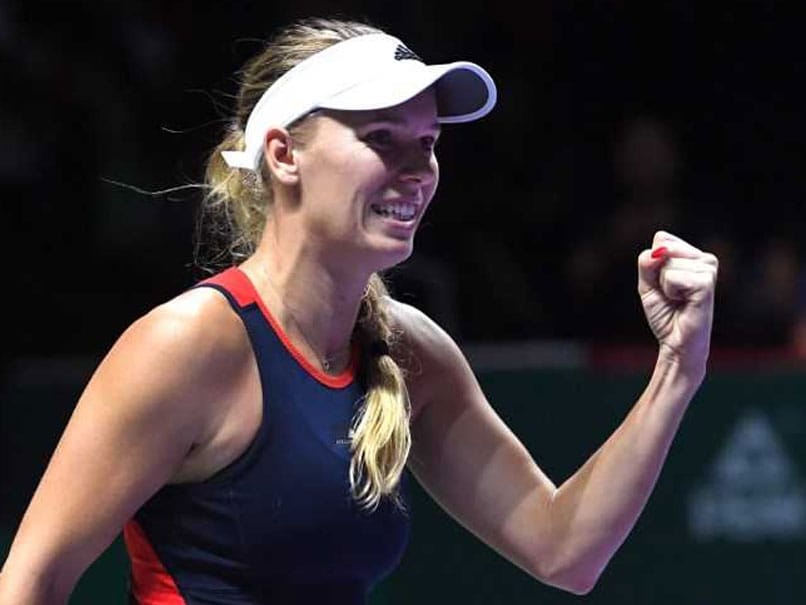 A tenacious Caroline Wozniacki revived her WTA Finals title defence with a third set masterclass against Petra Kvitova on Tuesday, leaving the former Wimbledon champion's Singapore campaign in ruins. Rebounding from a disappointing opening defeat against Karolina Pliskova, Wozniacki wore down Kvitova to triumph 7-5, 3-6, 6-2 in two hours and 19 minutes. Kvitova has now lost both her matches and needs results to go her way in the White Group to stay afloat in the season-finale.

The Dane recovered from an injury scare, where she needed taping to her left knee early in the second set, and showcased her athleticism in a dominant third set to outlast Kvitova.

"I served well, returned well and moved well," Wozniacki said after the match. "I had the belief and fought to the end."

Kvitova attacked the net in an effort to shorten the points against the fast-moving Wozniacki and earned two break points in the match's opening game.

But Wozniacki held and opportunities to break were scarce with both players serving strongly in a high-quality contest.

The Australian Open champion finally broke in the ninth game -- her first of the tournament after botching 10 break points against Pliskova.

Wozniacki couldn't serve it out though, with Kvitova saving a set point with a booming forehand winner down the line.

In a topsy-turvy affair, Wozniacki earned the crucial break in the 12th game to draw first blood.

There were three breaks to start the second set before Kvitova held and unleashed a roar as she skipped out to a 3-1 lead.

Wozniacki needed a medical timeout and the six-minute break seemingly halted Kvitova's momentum but the Czech regrouped and levelled it up emphatically with a sliced backhand winner.

The match took a turn in the third with Wozniacki breaking immediately and then wearing down a fading Pliskova, who at one point threw her racquet in disgust.

Wozniacki broke a four-game losing streak to Kvitova with her last victory being at the WTA Finals in 2014.

Comments
Topics mentioned in this article
Caroline Wozniacki Petra Kvitova Tennis
Get the latest updates on IND vs NZ 2021, check out the Schedule and Live Score . Like us on Facebook or follow us on Twitter for more sports updates. You can also download the NDTV Cricket app for Android or iOS.