The Russian five-time Grand Slam champion was forced to stay up late in her second-round match. 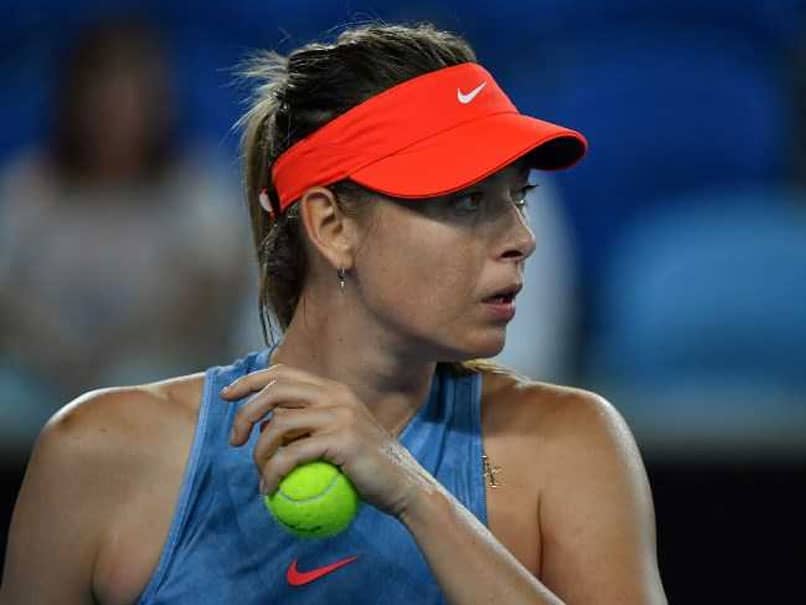 Maria Sharapova takes on Caroline Wozniacki in her next match.© AFP

Maria Sharapova isn't used to staying up late these days. But the Russian five-time Grand Slam champion was forced to do just that in her second-round match at the Australian Open which ended at half-past midnight early Thursday. The 31-year-old said afterwards she was early to bed type of woman. "10:30, like in bed at 10, sleep by 10:30," she said. "My boyfriend challenges it quite a lot, but 10:30 is my time."

Two middle-aged women caused a bizarre scene courtside over who got to keep the sweaty headband of Aryna Sabalenka. The Belarussian star threw it into the crowd after her second-round win against Britain's Katie Boulter and both fans grabbed it. Video showed neither woman prepared to let it go in a lengthy tug-of-war that ended when security intervened. They took the headband away, leaving both of them empty-handed.

The "Serena-tard" may be making headlines at the Australian Open but defending champion Caroline Wozniacki is making waves with a dress made from recycled ocean waste. The Dane and other Adidas-sponsored players at the tournament are burnishing their green credentials by sporting clothing from the brand's Parley collection. It's the result of a joint venture with environmental group Parley for the Oceans in which plastic waste such as old water bottles are collected from the ocean, shredded then turned into fabric. Adidas is marketing the range with the taglines "from threat to thread" and "from the coast to the court".

Madison Keys admits to being a tennis tragic when it comes to major tournaments, keeping up to speed on what's going on as much as possible. "I literally have it on four screens," she said after cruising into round three at Melbourne Park. "My computer, iPad, phone, and the TV all going at the same time." The American said she tended to watch the women more than the men "mostly just because I know all of the girls. You can always pick what's going to be a good matchup," she added. "I'm usually watching for fun and entertainment and obviously unless I'm playing them, and then I will start looking for certain things. But I really enjoy watching."

Comments
Topics mentioned in this article
Maria Sharapova Caroline Wozniacki Serena Williams Simona Halep Tennis
Get the latest updates on India vs Australia Series, check out the India vs Australia Schedule for 2020-21 and Ind vs Aus live score . Like us on Facebook or follow us on Twitter for more sports updates. You can also download the NDTV Cricket app for Android or iOS.