The 37-year-old kept his unbeaten record this week intact against the 15th-ranked Stefanos Tsitsipas. 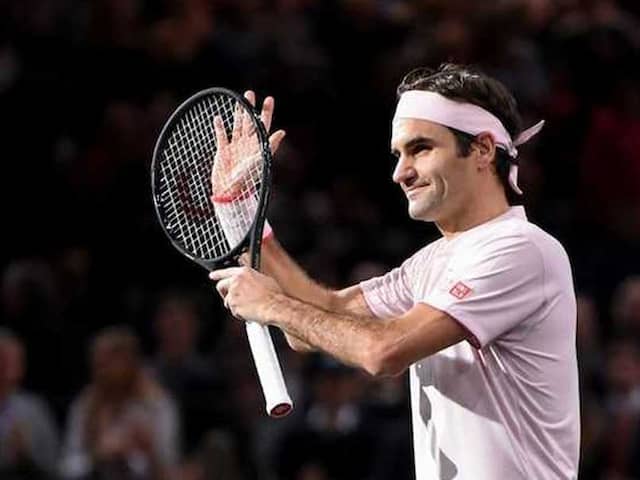 Roger Federer ensured Switzerland would have the chance to defend their Hopman Cup title with a straight-sets win over Greece's Stefanos Tsitsipas at the mixed teams tournament in Perth Thursday. The 7-6 (7/5), 7-6 (7/4) win by the 20-time Grand Slam champion in his men's singles match gave the Swiss a 1-0 lead in their Group B encounter, but also meant they were guaranteed a spot in Saturday's final despite eventually losing the tie. In the women's singles, Maria Sakkari levelled the tie with a 6-3, 6-4 win over Belinda Bencic, before the Greeks won the deciding mixed doubles in three sets.

Bencic and Federer beat the German pairing of Angelique Kerber and Alexander Zverev in last year's decider, and there is a strong likelihood it will be the exact same pairing on Saturday, which would be a first for the tournament in what is expected to be its last year.

The 37-year-old Federer kept his unbeaten record this week intact against the 15th-ranked Tsitsipas, but there was little between the pair in both sets.

Federer found himself down 4-1 in the first set tie-break, but fought back and was handed a set point by a double fault for Tsitsipas, which the Swiss champion converted with an ace.

A delightful drop shot set up three match points in the second tie-break, and Federer took the second of those to close out the rubber.

Federer, who won his first Hopman title back in 2001 with Martina Hingis, was delighted to be able to guide the Swiss into another final.

"I'm very happy, the goal was always to get to the finals," he said.

"On top of that, I am playing well and it was an exciting match against Stefanos.

"I thought Stefanos came out and played a great match and so did I.

- Clean sweep for Serena -
Earlier in the day, Serena Williams declined to speak to the media after completing a clean sweep of her Hopman singles matches.

The winner of 23 Grand Slam singles titles, Williams was made to work a little harder than expected by young Brit Katie Boulter in the United States' final group tie but prevailed in straight sets to make it three victories from as many outings as she prepares for the upcoming Australian Open.

Brits Boulter and Cameron Norrie won the tie 2-1 after clinching the deciding mixed doubles, but dual Hopman winners Williams and Frances Tiafoe had lost their opening two ties and were already out of contention.

She gave birth to her first daughter in late 2017 and was beaten in the Wimbledon and US Open finals last year.

It was at the latter that she had a major meltdown during her loss to Naomi Osaka in the decider.

With the Australian Open in Melbourne less than two weeks away, Williams dropped just one set in her singles matches, although at different times she seemed to be troubled by a right shoulder problem and she had both ankles strapped throughout the week.

Comments
Topics mentioned in this article
Roger Federer Serena Williams Angelique Kerber Martina Hingis Rafael Nadal Tennis
Get the latest updates on IPL 2020, check out the IPL Schedule for 2020 and Indian Premier League (IPL) Cricket live score . Like us on Facebook or follow us on Twitter for more sports updates. You can also download the NDTV Cricket app for Android or iOS.