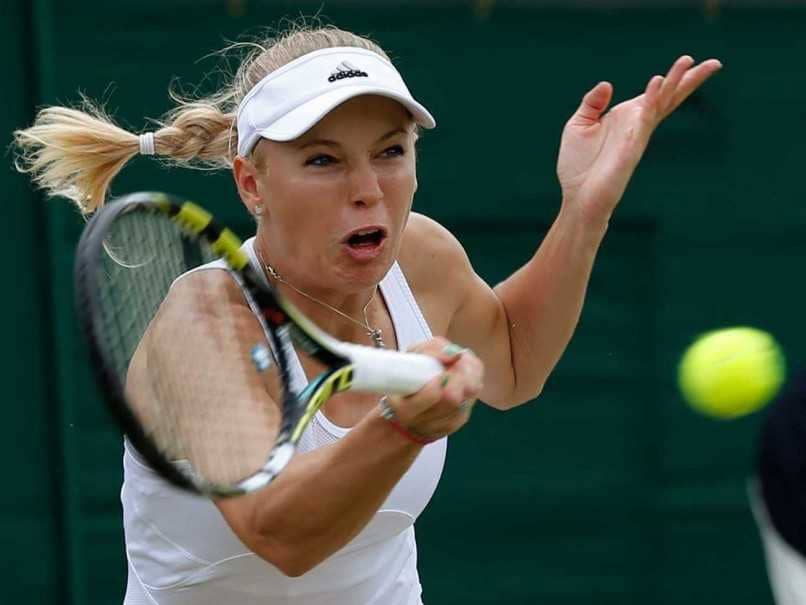 World number two Caroline Wozniacki and Wimbledon champion Angelique Kerber were stunned at the Wuhan Open in China on Wednesday, both suffering shock defeats at the hands of less fancied opponents. Olympic champion Monica Puig gave herself an early birthday present, beating Wozniacki 7-6 (12-10), 7-5 to reach the quarter-finals. She was joined in the last eight by in-form Ashleigh Barty, who upset world number three Kerber 7-5, 6-1. The 51st-ranked Puig was more than a match for Australian Open champion Wozniacki, who missed an opportunity to narrow the gap at the top after world number one Simona Halep was knocked out on Monday.

Wozniacki made a solid start to the match, winning the first three games, but the Puerto Rican Puig quickly fought her way back to win two gruelling sets, the first of which was decided through a tie-breaker.

Puig, who turns 25 on Thursday, appeared unfazed by her opponent's stature, and kept the Dane under pressure throughout.

She will now face Wang Qiang of China, who ousted Australia's Daria Gavrilova 7-5, 6-2 to the delight of the home crowd.

Wozniacki failed to capitalise on the early exits of other heavyweights like Halep.

A successful run in Wuhan would have helped her move closer to qualification for the WTA Finals, which she won last year.

Six of eight places at the season finale in Singapore next month are still up for grabs -- only Halep and Kerber have qualified so far.

Germany's Kerber was downed 7-5, 6-1 by Australia's Ashleigh Barty, last year's runner-up in Wuhan. Barty came storming out of the blocks, taking a 3-0 lead in the first set before the German offered some resistance to make it 5-5.

But it was a short-lived fightback as Barty, Australia's top-ranked player, quickly regained control while Kerber struggled to contain unforced errors.

The Aussie wrapped up the match in just over 75 minutes, setting up a quarter-final against Anastasia Pavlyuchenkova.

"I feel like by far this was my best match," said Barty, who is looking to end the 2018 season on a high.

"I set myself that goal at the start of the year, that I want to stay top-20. I feel like I'm a top-20 player. Obviously I would love to push towards the top 10," she added.

"It's been a really exciting year and hopefully there is a couple of big tournaments left."

Comments
Topics mentioned in this article
Caroline Wozniacki Angelique Kerber Tennis
Get the latest updates on IPL 2021, IPL Points Table , IPL Schedule 2021 , live score . Like us on Facebook or follow us on Twitter for more sports updates. You can also download the NDTV Cricket app for Android or iOS.