World number one Nadal had been due to face Dolgopolov in the first round as he bids for an 11th Roland Garros crown, but will instead face Italian Bolelli. 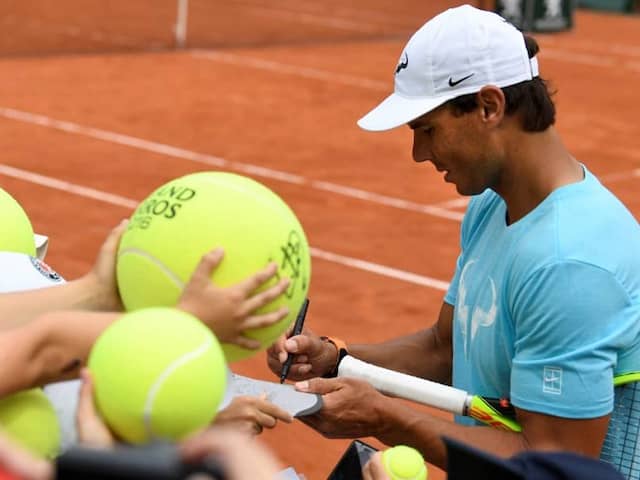 Ukrainian Alexandr Dolgopolov pulled out of the French Open with injury on Saturday, leaving Rafael Nadal to open his title defence against lucky loser Simone Bolelli. World number one Nadal had been due to face Dolgopolov in the first round as he bids for an 11th Roland Garros crown, but will instead face Italian Bolelli. Bolelli, who was beaten in qualifying by Colombian Santiago Giraldo on Saturday, has only won one set against Nadal in five previous meetings and is ranked a lowly 130. Dolgopolov has been struggling with a wrist injury since the Australian Open and withdrew from the ATP event in Geneva earlier this week.

Earlier, Nadal said he is happy to "suffer" as he chases an 11th French Open title. The top seed is the overwhelming favourite to lift a 17th career major at Roland Garros after claiming his 11th titles on clay in both Monte Carlo and Barcelona this spring as well as the eighth trophy in Rome.

"In the end, the sport is about trying to give the best of yourself," said the 31-year-old. "The sensations of matches of three or four hours played at the limit and thinking about the next point, these are beautiful moments. "It is to suffer but also to appreciate the moment you are living in. If you are suffering you know how to value it, how to enjoy it."

With Roger Federer and Andy Murray not playing at the French Open, which starts on Sunday, Nadal is the short-odds favourite to win a tournament where his overall record stands at an astonishing 79 wins and just two losses.