Novak Djokovic has made the last 16 of a Slam for the 43rd time, tying Jimmy Connors on the all-time list, second only to Roger Federer's tally of 60. 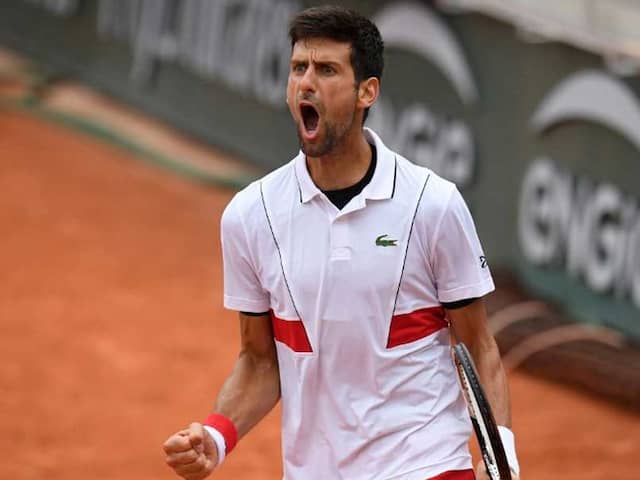 Former champion Novak Djokovic, seeded 20, will take on Fernando Verdasco aiming to reach his first Grand Slam quarter-final since Wimbledon last year. In his last match, Djokovic claimed a hard-fought win against Roberto Bautista Agut. The match that lasted three hours and 48 minutes saw Djokovic win 6-4, 6-7 (6/8), 7-6 (7/4), 6-2. With that victory Djokovic made the last 16 of a Slam for the 43rd time, tying Jimmy Connors on the all-time list, second only to Roger Federer's tally of 60. Here are three matches to watch on day seven of the French Open:

-- 2016 champion Djokovic has the chance to reach an Open era record 12th quarter-final in Paris and equal Roger Federer's mark of nine straight appearances in the last eight by beating Verdasco for the sixth successive time. The Serb, at his lowest seeding for over a decade after a lengthy fight against elbow trouble, last lost to the 34-year-old Spaniard eight years ago but Verdasco showed he is a danger by knocking out fourth seed Grigor Dimitrov in straight sets in the third round.

-- Second seed Zverev takes on his childhood friend Khachanov on Court Suzanne Lenglen for only their second meeting as professionals. The 21-year-old Zverev has had to dig deep to reach the second week after following his five-set win over Dusan Lajovic by saving a match point in another marathon encounter with Damir Dzumhur.

"I think we know each other since we were 14," said the Russian. "Also we are good outside the court, with his parents, they know me also and I know them well. He's a nice guy and, yeah, that's what I can say."

-- Kasatkina takes on the Australian Open champion boasting a 2-1 career record over the Dane with both of those wins coming this year -- in St Petersburg and at Indian Wells where the Russian went on to finish runner-up.

Wozniacki has hardly been troubled in her three rounds so far and has yet to drop a set.

In her last two matches, she's lost only four games.

Kasatkina, the world number 14, is bidding to reach the quarter-finals of a Slam for the first time and beat her previous best performance of a last-16 run at last year's US Open.

Wozniacki, meanwhile, is looking to make the quarter-finals in Paris for the third time.