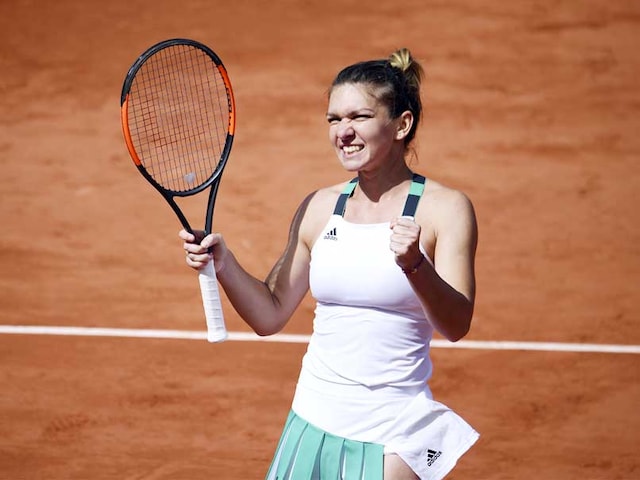 Defending champion Novak Djokovic crashed out of the French Open on Wednesday, sparking fresh fears over his appetite for the sport he once dominated as Rafael Nadal and Andy Murray made the semi-finals.

World number two Djokovic slumped to a stunning 7-6 (7/5), 6-3, 6-0 quarter-final loss to Dominic Thiem for his earliest exit in Paris in seven years.

He was 6-2, 2-0 up on Pablo Carreno Busta when his Spanish compatriot quit with an abdominal injury.

Friday's other semi-final will pitch world number one Murray, the runner-up to Djokovic in 2016, against 2015 champion Stan Wawrinka.

Wawrinka became the oldest French Open semi-finalist in 32 years when he brushed aside Marin Cilic 6-3, 6-3, 6-1.

Djokovic, who had brought in Andre Agassi as coach in an effort to boost his flagging career, hinted he may step back from the sport to regroup even with Wimbledon fast approaching.

"Trust me, I'm thinking about many things, especially in the last couple months," he said.

"At the same time, I have responsibility to the game itself, towards others. We'll see. Obviously it's not an easy decision to make, but I will see how I feel after Roland Garros and then decide what to do next."

Wednesday's defeat to Thiem was Djokovic's first straight-sets loss at a major in four years and comes just 12 months after he completed the career Grand Slam in Paris.

Romanian third seed Halep saved a match point as she trailed Elina Svitolina 6-3, 5-1 before launching a sensational comeback to stun the Ukrainian in three sets.

Fifth seed Svitolina twice served for the match at 5-2 and 5-4 in the second set and then had match point at 6/5 in the tie-break.

The Czech edged a marathon 77-minute first set against 28th seed Garcia in a tie-break, having failed to convert an earlier set point at 5-3.

The 25-year-old then broke the Frenchwoman as she served to stay in the match to clinch just her second appearance in the last four at a Grand Slam.

- Djokovic 'up for challenge' -

He then also held all four majors and became the first man to break the $100 million prize money barrier.

Wednesday saw him suffer a first 6-0 'bagel' at a Slam since the 2005 US Open while the defeat will see him slip out of the world's top two for the first time in six years.

Thiem had lost to the Serb in the semi-finals last year and took just one game in a straight-sets loss in Rome in May.

His shock quarter-final victory was his first in six meetings with the 12-time major winner.

Austrian sixth seed Thiem is the only man to beat Nadal on clay this year -- his Rome quarter-final success offsetting losses in the final in Barcelona and Madrid.

"It's going to be the toughest match you can imagine," admitted the 23-year-old.

He will be playing in his 10th semi-final in Paris and has made it having lost just 22 games through five matches.

Bjorn Borg surrendered just 32 games on his way to the 1978 French Open, but Nadal insisted he has no interest in such records.

"I don't know how many games I lost this year, but I really don't care about this. I only care that I am in the semi-finals," said Nadal.

Murray advanced to his fourth straight semi-final in Paris, defeating Nishikori to avenge his loss to the Japanese star at the US Open last year.

The Scot set up a semi-final rematch with third seed Wawrinka after beating the Swiss in four sets at the same stage a year ago.

"He's played fantastic this tournament so far," Murray said of the 32-year-old, the oldest Roland Garros semi-finalist since Jimmy Connors in 1985.

Like Nadal and Thiem, Wawrinka has not lost a set on his way to a third successive semi-final at Roland Garros.

Comments
Topics mentioned in this article
Simona Halep Dennis Novak Andy Murray Novak Djokovic Rafael Nadal Tennis
Get the latest updates on IPL 2020, check out the IPL Schedule for 2020 and Indian Premier League (IPL) Cricket live score . Like us on Facebook or follow us on Twitter for more sports updates. You can also download the NDTV Cricket app for Android or iOS.