Tennis Star Asks For Suggestions On Twitter To Order Pizza, Gets Bizarre Replies

Eugenie Bouchard had gone on a blind date after losing a Super Bowl bet in 2017. 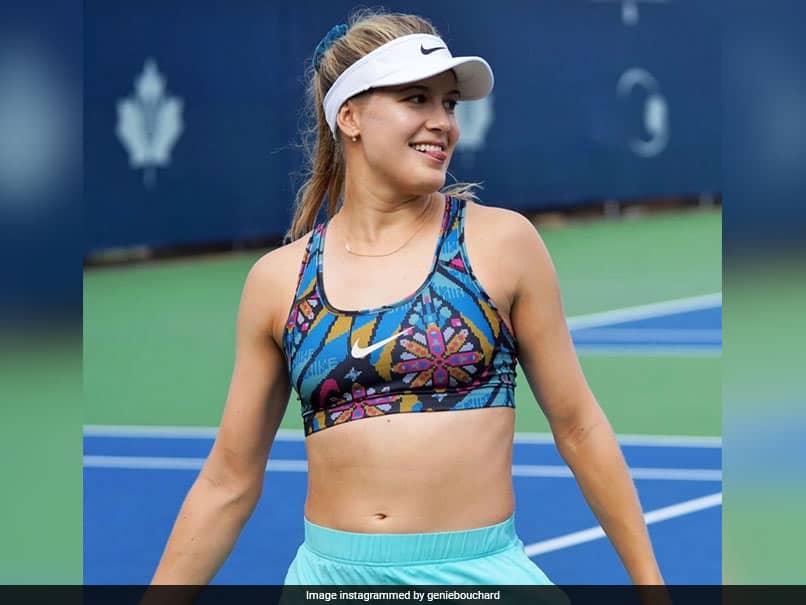 Besides being a star attraction on the court, Eugenie Bouchard is among the most popular female tennis players in Twitter-verse. An avid Twitter user, she regularly tweeting about non-tennis matters and also has a lot of interaction with fans on the social media platform. In 2017, the Canadian tennis player even lost a Super Bowl bet on Twitter and had to go for a blind date with a stranger. On Friday, the 22-year-old Montreal-born blonde took to Twitter to ask for suggestions for the "best pizza to order in from".

What's the best pizza to order in from

As expected, hordes of fans flooded the reply section to give their suggestions. And while some took the matter rather seriously and gave honest answers, others took a completely different path.

Heard a slice of humble can do wonders for the soul

Call me Genie I will bring you pizza.

I don't know and i don't care ,
But you're so beautiful , but you already know that

I think you should concentrate on clearing the 1st round of Grand Slam....

Whats the best way to order in Genie Bouchard from?

I'm so glad you're alive, tweeting and eating pizza!!

Buy some Pillsbury dough and make your own... trust me

Buy a cheese pizza. Go to a tacos al pastor restaurant, order half kilo of pastor, put it on the pizza and enjoy.
Note: just if you're in Mexico

Eating your feelings? Me too.

The one you end up eating after you order it

Two years back, the Canadian tennis player had paid off her lost Super Bowl bet by joining blind date John Goehrke at a Brooklyn Nets NBA home game against Milwaukee.

Eugenie Bouchard had predicted an Atlanta triumph on Twitter with the Falcons ahead 21-0 and her suitor pitched a date if the Patriots rallied to win.

Bouchard agreed, only to then see Tom Brady lead the Patriots to a 34-28 comeback triumph.

Bouchard, who was once ranked No.5 in the world after reaching the final of Wimbledon in 2014, has had some underwhelming performances in recent times, which has seen her drop to her current WTA ranking of 157.

The US Open triumph lifted Andreescu to a career-best fifth in the world rankings, matching the best-ever mark by a Canadian woman set by Eugenie Bouchard in 2014.

Comments
Topics mentioned in this article
Eugenie Bouchard Bianca Andreescu Tennis
Get the latest updates on IPL 2021, IPL Points Table , IPL Schedule 2021 , live score . Like us on Facebook or follow us on Twitter for more sports updates. You can also download the NDTV Cricket app for Android or iOS.