Eugenie Bouchard learned the hard way on Sunday never to bet against superstar quarterback Tom Brady and the New England Patriots, who rallied from a 25-point deficit to defeat the Atlanta Falcons 34-28 in overtime to claim the NFL crown. 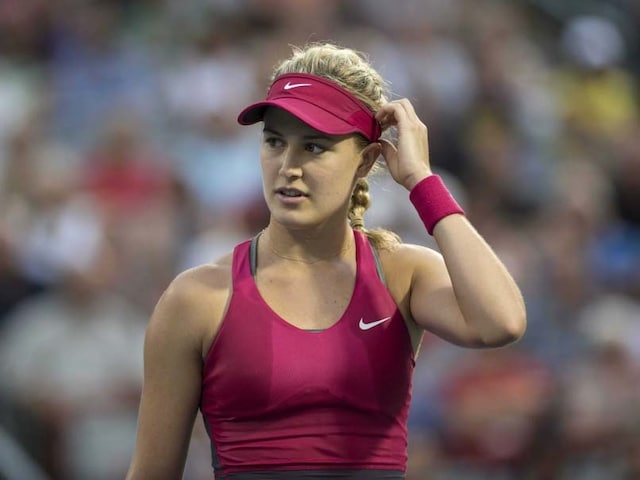 Canadian tennis star Eugenie Bouchard, ranked 45th in the WTA rankings after a third-round run at the Australian Open, has a date with a stranger after losing a Super Bowl bet. The 22-year-old Montreal-born blonde learned the hard way on Sunday never to bet against superstar quarterback Tom Brady and the New England Patriots, who rallied from a 25-point deficit to defeat the Atlanta Falcons 34-28 in overtime to claim the NFL crown.

With the Falcons comfortably ahead 21-0 after running back an intercepted Brady pass for a touchdown, Bouchard was confident enough in Atlanta to start sending Twitter messages predicting victory.

So that prompted TW1, a Twitter identity sporting a photo of a man in a Cleveland Cavaliers NBA jersey, to tweet Bouchard with a longshot bid of his own.

"if patriots win we go on a date?" came the pitch.

"Sure," Bouchard replied, although she shot down a second such suitor with merely "C'mon..."

As the Patriots made their successful second-half comeback, Bouchard was asked by another tweeter: "are you getting nervous?!? Lol."

When the Patriots won the game, and their fifth title with Brady as quarterback, Bouchard could only manage letters: "Omfg."

On Monday, she tweeted a photo with the message: "Omg... last night really happened."

Realizing she had become a big deal in the Twitter-verse, Bouchard made it clear she would pay off and reward a date dreamer with an unlikely dream date.

"Lol it made a Twitter moment," she tweeted Monday. "And I will do it, I stay true to my word."

Comments
Topics mentioned in this article
Eugenie Bouchard Tennis
Get the latest Cricket news, check out the India cricket schedule, Cricket live score . Like us on Facebook or follow us on Twitter for more sports updates. You can also download the NDTV Cricket app for Android or iOS.