"How Did I Do?" Cristiano Ronaldo Replies As Novak Djokovic Mimics His Goal Celebration. Watch

Novak Djokovic attempted to replicate Cristiano Ronaldo's celebration after scoring a goal, with the Portuguese providing his opinion on this attempt. 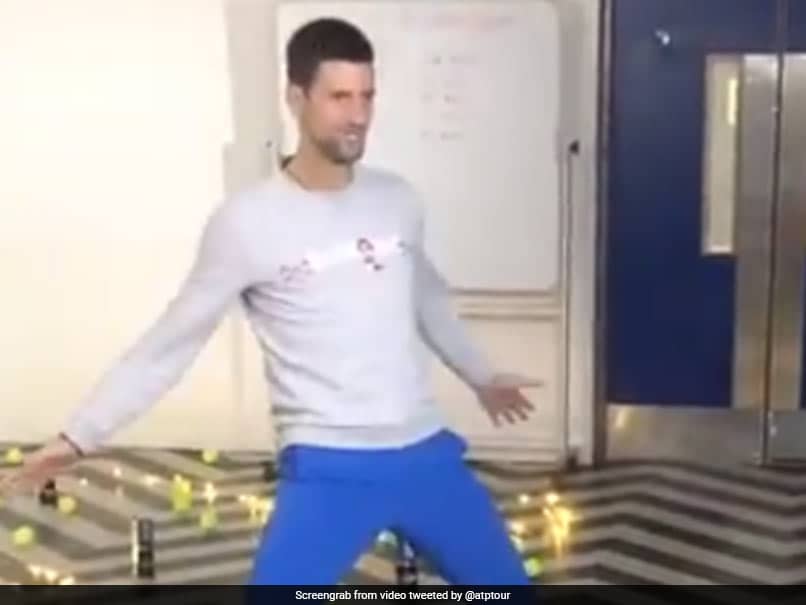 Novak Djokovic started with a passionate scream, before moving his arms downwards in a slanting manner.© Twitter

Novak Djokovic was seen attempting to replicate Juventus footballer Cristiano Ronaldo's popular style of celebration after scoring a goal. Djokovic started off with a passionate scream, before moving his arms downwards in a slanting manner, finishing off with a laugh. The attempt by the tennis star was captured in a video posted by the ATP Tour's official Twitter account. "The @Cristiano celebration from @DjokerNole! Find out why the World No. 1 is celebrating in the coming days...#NittoATPFinals | #ATPTour," read the caption on the tweet comprising of the video. Djokovic responded to the tweet, by tagging Cristiano before seeking his opinion with regard to his effort. "@Cristiano how did I do?," read the tweet from the Serbian.

The Portuguese superstar rarely responds on the social media platform, but he broke his abstinence in this case by providing feedback on the attempt. "Not bad bro," said the footballer following it up with a thinking face emoji.

Djokovic had earlier attempted to learn the art of jumping as high as Cristiano, with the duo seen together practising the same in a video posted by the footballer.

"Teaching Novak Djokovic how to jump!! Was a pleasure to see you and train with you my friend!!," read the caption on the Instagram post by the Portuguese footballer.

The Portuguese is edging closer to the all-time record for most international goals (109), after scoring his 102nd goal for Portugal in a 7-0 thrashing of Andorra 7-0 on Wednesday.

Djokovic on the other hand is training in London for the ATP Finals 2020.

Juventus Football Tennis
Get the latest updates on India vs Australia Series, check out the India vs Australia Schedule for 2020-21 and Ind vs Aus live score . Like us on Facebook or follow us on Twitter for more sports updates. You can also download the NDTV Cricket app for Android or iOS.