Leander Paes and Martina Hingis served six aces to their opponents' four and converted all three of the break point opportunities in the second round match at the Rod Laver Arena on Monday. 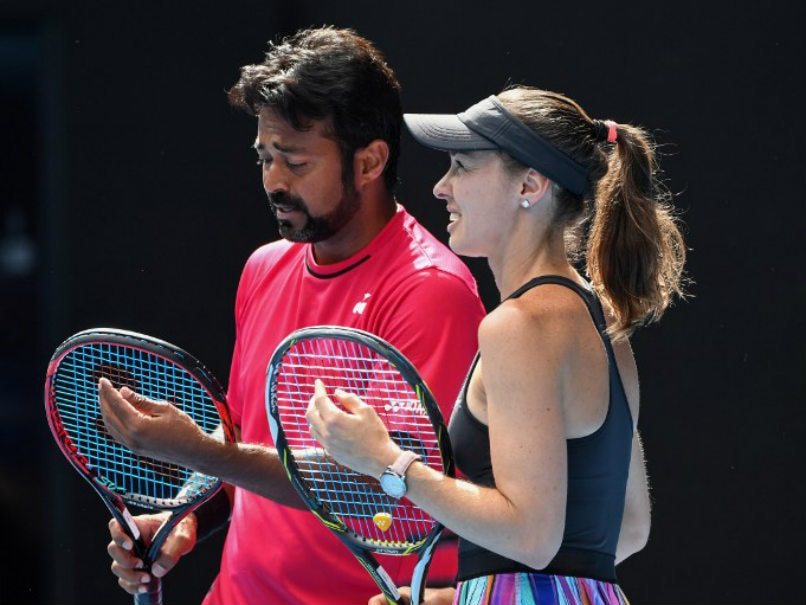 Indian tennis veteran Leander Paes and his Swiss partner Martina Hingis marched into the quarterfinals of the mixed doubles event at the Australian Open on Monday with a comfortable straight sets win over Australian team of Casey Dellacqua and Matt Reid in the second round. The Indo-Swiss pair registered a 6-2, 6-3 win over the local team in a match lasting 54 minutes at the Rod Laver Arena. Paes and Hingis will next play the winner of the match between Australian pair Samantha Stosur, Sam Groth and Croatian-Dutch team of Darija Jurak and Jean-Julien Rojer.

The Indo-Swiss team put in a ruthless performance and were hardly pushed by their Australian opponents in the second round match.

The Indo-Swiss pair, who had defeated another Australian pair -- Destanee Aiava and Marc Polmans -- in the first round, hit 21 winners. Dellacqua and Reid weren't far behind with 19 winners but their downfall was the 13 unforced errors they committed.

In contrast, Paes and Hingis made just six unforced errors in the entire match, winning 55 points in total.

Comments
Topics mentioned in this article
Leander Paes Martina Hingis Casey Dellacqua Matt Reid Tennis
Get the latest updates on ICC T20 Worldcup 2022 and CWG 2022 check out the Schedule, Live Score and Medals Tally. Like us on Facebook or follow us on Twitter for more sports updates. You can also download the NDTV Cricket app for Android or iOS.