This time last year Johanna Konta, 25, was a largely unknown entity, but her run to the Australian Open last four in 2016 put her on the map and she followed it up with a stellar season that saw her named the WTA's most improved player 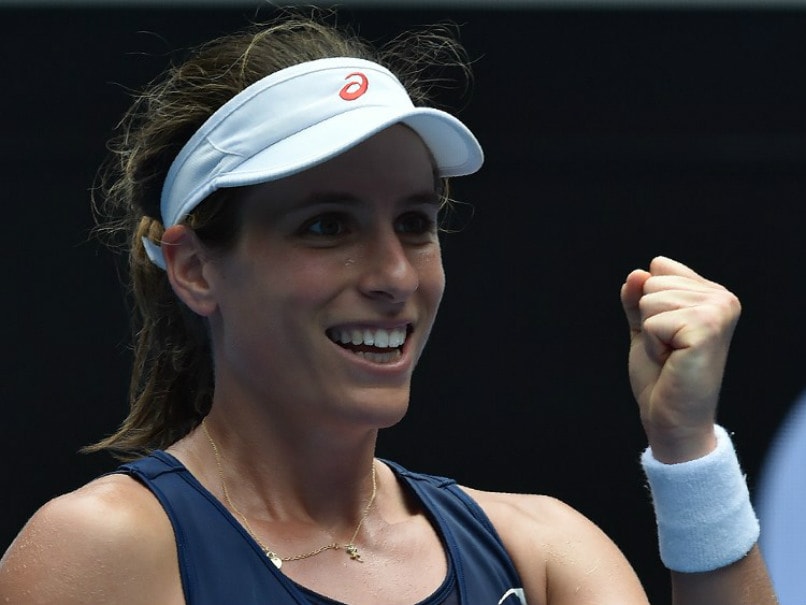 Johanna Konta blasted into her second Australian Open quarter-final in as many years on Monday, setting up a glamour clash with Serena Williams. The in-form British ninth seed, on a nine-game winning streak, crushed Russian 30th seed Ekaterina Makarova 6-1, 6-4 in searing heat on Margaret Court Arena. It sets up an intriguing quarter-final with second seed Williams, who battled through a testing match against Czech 16th seed Barbora Strycova 7-5, 6-4.

"I came out playing at a high level then she was able to pull herself back into it, which made it really difficult. I just tried to trust in myself," she said, adding that meeting Williams would be a dream come true.

"It will be an incredible honour and I can't wait."

This time last year Konta, 25, was a largely unknown entity, but her run to the last four in 2016 put her on the map and she followed it up with a stellar season that saw her named the WTA's most improved player.

She has carried that form into 2017, winning the build-up Sydney International and she is yet to drop a set in Melbourne, emerging as a genuine title contender.

The pair had met three times before with Konta winning all of them, including at the same stage of the Australian Open last year, and Makarova never looked like getting revenge.

A former Melbourne semi-finalist, in 2015, the Russian upset sixth seed Dominika Cibulkova to set up the Konta meeting but the Australian-born Briton is in ominous touch, looking solid and focused.

She came out of the blocks firing, snatching a break to go 2-0 in front and another for 5-1 as she whacked 11 winners, with just four unforced errors, to take the set in just 24 blistering minutes.

Konta kept Makarova on the move early in the second set, but despite being belted in the first game the Russian came back strongly as the Briton struggled to counter some pinpoint forehands from the towering left-hander.

But Konta's never-say-die attitude again came to the fore and she reeled off five games in a row, and then nervelessly fended off three break points when serving for the match before sealing victory.

Comments
Topics mentioned in this article
Johanna Konta Serena Williams Barbora Zahlavova Strycova Dominika Cibulkova Ekaterina Makarova Tennis
Get the latest updates on IPL 2021, IPL Points Table , IPL Schedule 2021 , live score . Like us on Facebook or follow us on Twitter for more sports updates. You can also download the NDTV Cricket app for Android or iOS.