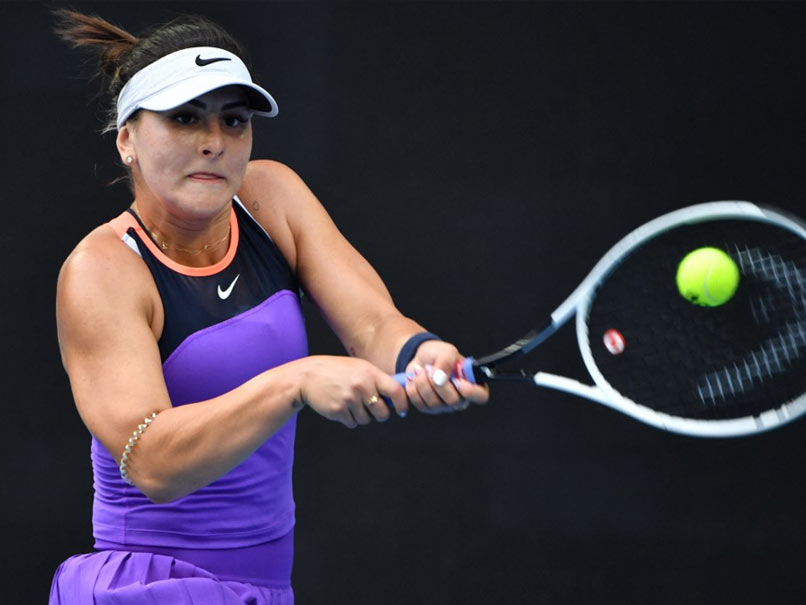 Former US Open champion Bianca Andreescu cried the night before her much-anticipated return from a year-plus injury and then again burst into tears Monday after a tough victory in the Australian Open.  The eighth seed was forced to save three break points in the seventh game of the deciding set before prevailing 6-2, 4-6, 6-3 against Romanian Mihaela Buzarnescu in two hours and two minutes. She capped her comeback in style with a 27th winner as she wiped away tears to complete an emotional 24 hours for the Canadian.

"Last night I did cry, and I'm not afraid to say that because everyone cries sometimes," she said.

"But it's a good release for me because in my head, all I was thinking about were the last 15 months and how tough they were, and they were tough for many reasons.

"It wasn't necessarily easy, but I got through them.

"I have amazing people around me that help me along the way, and I have to thank them for that because I wouldn't be able to do it without them."

Andreescu was set to make her comeback as top seed in the warm-up Grampians Trophy, but pulled out as a precautionary measure after spending 14 days in hard lockdown after arriving in Australia.

She had not played a competitive match since suffering a left knee injury at the WTA Finals in October 2019, halting her rapid rise after a stunning straight sets victory over Serena Williams in the final at Flushing Meadows that year.

The 20-year-old turned to meditation to help her cope with the long layoff.

"I've been doing really well with just staying in the present moment," she said.

"I think that was a key factor of why I won today. To me it's kind of embedded in myself somehow. I was just super happy on the court and grateful to be back."

Andreescu plays Hsieh Su-wei of Taiwan in the second round.

Comments
Topics mentioned in this article
Bianca Andreescu Tennis
Get the latest updates on ICC T20 Worldcup 2022, check out the Schedule and Live Score. Like us on Facebook or follow us on Twitter for more sports updates. You can also download the NDTV Cricket app for Android or iOS.