Australian Open 2021: US Open champion Dominic Thiem faced a tough test but managed to beat Kazakh veteran Mikhail Kukushkin 7-6 (7/2), 6-2, 6-3 in the first round. 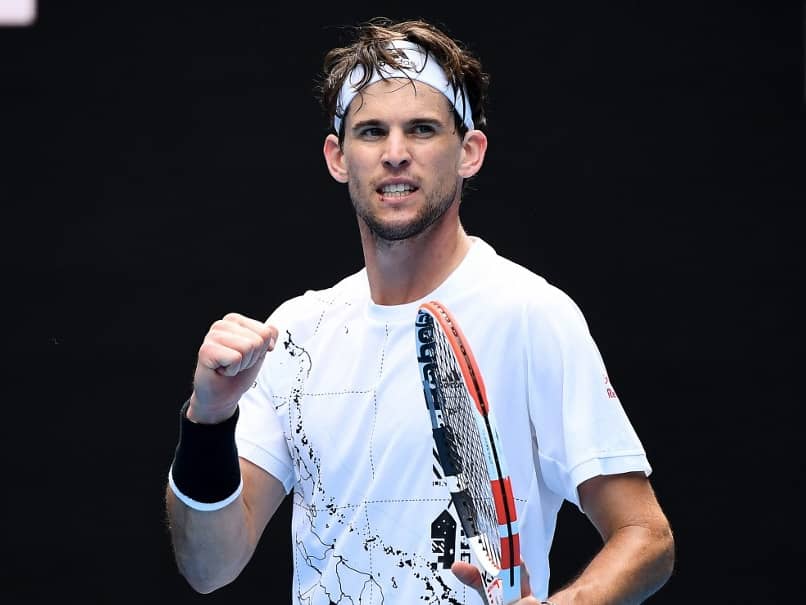 US Open champion Dominic Thiem was given an unexpectedly tough test as he kicked off his bid for a maiden Australian Open title Monday, pressed hard by Kazakh veteran Mikhail Kukushkin before racing to the finish line. The third-seeded Austrian, a narrow loser to Novak Djokovic in last year's Melbourne final, came through his match on Rod Laver Arena 7-6 (7/2), 6-2, 6-3, but was made to work for it.

"It's interesting because it's the first time I've met him and there's not too many I didn't meet on tour," said Thiem of his opponent.

"He's very experienced and the first set was super-challenging. But, in general, I'm very happy to be back and have success in the first round."

Kukushkin, 33, had lost his opening-round match at Melbourne on 11 of his previous 12 appearances.

Thiem will next play either German Dominik Keopfer or Bolivia's Hugo Dellien, with Australia's Nick Kyrgios looming as a potential third-round opponent.

Now 27, the baseliner finally cracked the big time when he produced a historic comeback to beat Alexander Zverev in the US Open final last year.

He is in Melbourne without his coach Nicolas Massu, who tested positive for the coronavirus, and is instead working under his father, Wolfgang.

Comments
Topics mentioned in this article
Dominic Thiem Mikhail Kukushkin Tennis
Get the latest updates on IPL 2021, IPL Points Table , IPL Schedule 2021 , live score . Like us on Facebook or follow us on Twitter for more sports updates. You can also download the NDTV Cricket app for Android or iOS.