Bianca Andreescu, 20, was set to make her comeback as top seed in the Grampians Trophy at Melbourne Park starting Wednesday, but pulled out as a precautionary measure. 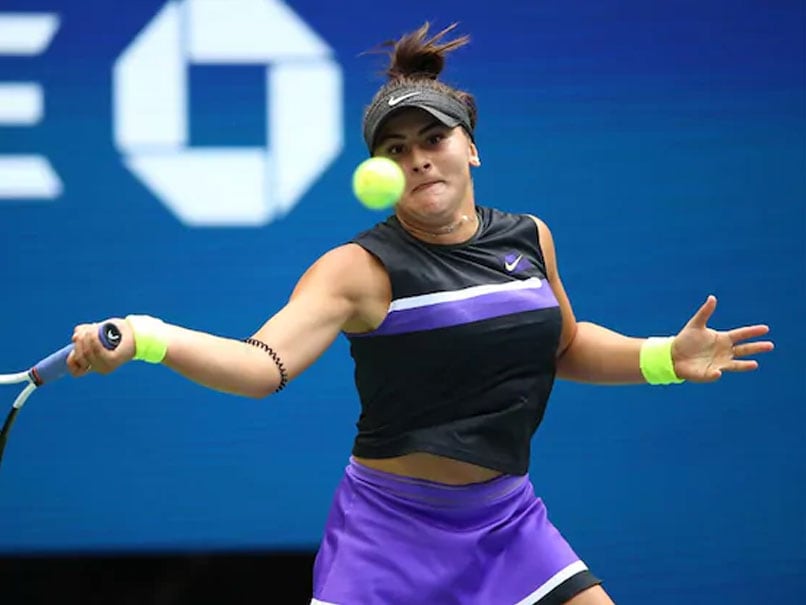 Bianca Andreescu's much-anticipated return from a year-plus injury lay-off has been delayed.© AFP

Former US Open champion Bianca Andreescu's much-anticipated return from a year-plus injury lay-off has been delayed after she withdrew from her Australian Open warm-up event on Tuesday. The world number eight, however, remains on track to end her 15-month absence from the circuit at the Australian Open starting on February 8. Andreescu, 20, was set to make her comeback as top seed in the Grampians Trophy at Melbourne Park starting Wednesday, but pulled out as a precautionary measure after spending 14 days in hard lockdown upon arriving in Australia.

"Following the last two weeks in quarantine, it feels so good to finally be back on the court," she said in a statement.

"After discussing it with my team, we have decided to focus this week on training for the Australian Open and miss the Grampians."

The Canadian has not played a competitive match since suffering a left knee injury at the WTA Finals in October 2019, halting her rapid rise after a stunning straight-sets victory over Serena Williams in the final at Flushing Meadows that year.

World number 12 Belinda Bencic is now the highest-ranked player in the Grampians Trophy, a tournament for players who were in hard lockdown and unable to train after Covid-19 cases were detected on the charter planes that brought them to Australia.

Sponsored by Vuukle
Comments
Topics mentioned in this article
Bianca Andreescu Tennis
Get the latest updates on IPL Auction 2023 and check out  IPL 2023 and Live Cricket Score. Like us on Facebook or follow us on Twitter for more sports updates. You can also download the NDTV Cricket app for Android or iOS.