Dominic Thiem admitted Monday it will be tough to match his breakthrough year in 2020, but he plans to give it his best shot. 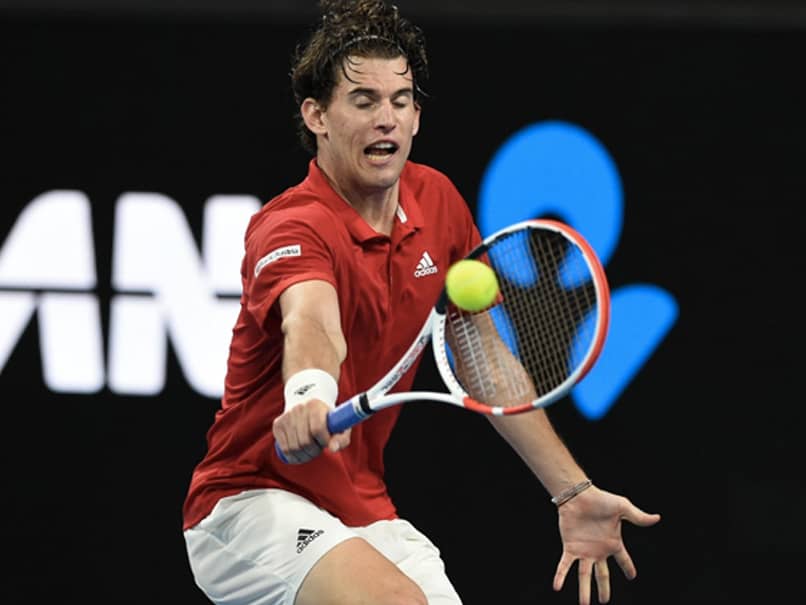 Dominic Thiem said he was feeling ready, but cautioned that nothing was guaranteed.© AFP

World number three and US Open champion Dominic Thiem admitted Monday it will be tough to match his breakthrough year in 2020, but he plans to give it his best shot. The Austrian finally cracked the big time when he produced a historic comeback to beat Alexander Zverev in a nervy five-setter and win at Flushing Meadow. It followed three previous defeats in finals of tennis majors, including at the Australian Open last year when he lost a gripping clash with Novak Djokovic.

Back in Melbourne for the build-up to next week's opening Grand Slam of the year, he said he was feeling ready, but cautioned that nothing was guaranteed.

"There were amazing years. But there's never a guarantee for that.

"I mean, in a Grand Slam tournament or ATP Cup, all the big tournaments, the whole draw is super strong, so never a guarantee to go deep or to win a title.

"I'll try everything to do it. I had, again, quite a good preparation. So I'll try to have a good start at the ATP Cup, then also in the Australian Open."

The 27-year-old is in Australia without coach Nicolas Massu, who tested positive for coronavirus before they left, with his father Wolfgang taking over the duties.

Thiem senior is also captain of the Austria ATP Cup team, where his son opens his season with a tough match against Italian world number 10 Matteo Berrettini on Tuesday.

"Our head-to-head is tied 2-2. Towards the end of 2019 we had three amazing matches in deep stages of big tournaments, high quality," said Thiem of Berrettini.

"Looking forward to play him again. We have a very good relationship, always fun matches against each other.

"But he's a big, big player, so I'm also not too happy that he's the first guy I have to face in a new year after quite a while without an official match. It's going to be interesting."

After a year of playing in front of mostly empty stadiums due to Covid-19, he is also looking forward to some atmosphere, with up to 30,000 spectators allowed each day at the Australian Open.

"It will take probably some games or half an hour, hour, to get used to it again because it is different with all the sound," he said.

"Somehow maybe you're a little bit more nervous because you also play for the crowd. You want to entertain them."

Comments
Topics mentioned in this article
Dominic Thiem Tennis
Get the latest updates on IPL 2021, IPL Points Table , IPL Schedule 2021 , live score . Like us on Facebook or follow us on Twitter for more sports updates. You can also download the NDTV Cricket app for Android or iOS.