Australian Open: Alexander Zverev said that he remained buoyed by his strong showing in the majors last year, which included a semi-final finish at the Australian Open. 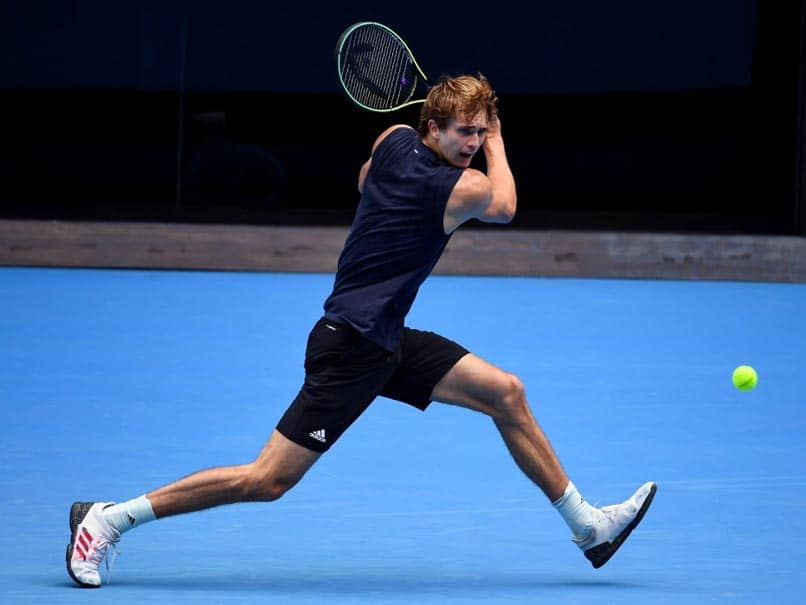 Alexander Zverev hits a shot during a practice session in Melbourne.© AFP

US Open finalist Alexander Zverev insisted on Saturday he is on track to contend for a maiden Grand Slam title despite a mounting personal toll off the court. The world number seven will spearhead Germany in the ATP Cup starting in Melbourne Tuesday as he eyes a first Slam trophy at the subsequent Australian Open. But Zverev, who fell agonisingly short in New York to Dominic Thiem, has endured a tumultuous period including allegations of domestic abuse by a former girlfriend and a recent split with coach David Ferrer.

The 23-year-old, however, said he remained buoyed by his strong showing in the majors last year, which included a semi-final finish at the Australian Open.

"I worked extremely hard in the off-season," he said. "I'd like to think that I did everything I could to be as well-prepared as I can be."

The German, however, backed the strict measures imposed on players ahead of the Australian season.

"I don't think I lost much (fitness)," he said. "Being able to play in front of a crowd, not living in a bubble now during the tournament, I think a lot of players really appreciate that.

"We shouldn't really complain too much about the circumstances."

But Zverev did agree with sentiment from some players that superstars Djokovic and Rafael Nadal were given an advantage by preparing in the southern city of Adelaide rather than Melbourne.

"I think maybe the only real mistake there was maybe the Adelaide thing for the top players," he said. "They did get more practise time on court. They did have more freedom in a way."

After coming out of the mandatory 14-day quarantine period, Zverev faces a tough initiation against Djokovic and Canada's Denis Shapovalov in the truncated 12-team ATP Cup.

Amid a wretched ATP Cup debut last year, where he lost all three matches, Zverev claimed just four games against No.12 Shapovalov.

"We'll know exactly where I'm at, my level and what I need to improve (after the ATP Cup)," he said.

Comments
Topics mentioned in this article
Alexander Zverev Tennis
Get the latest updates on IPL 2021, IPL Points Table , IPL Schedule 2021 , live score . Like us on Facebook or follow us on Twitter for more sports updates. You can also download the NDTV Cricket app for Android or iOS.