Former junior player Olga Sharypova said in a social media post last month that the German world number seven had tried to "strangle" her while at last year's US Open. 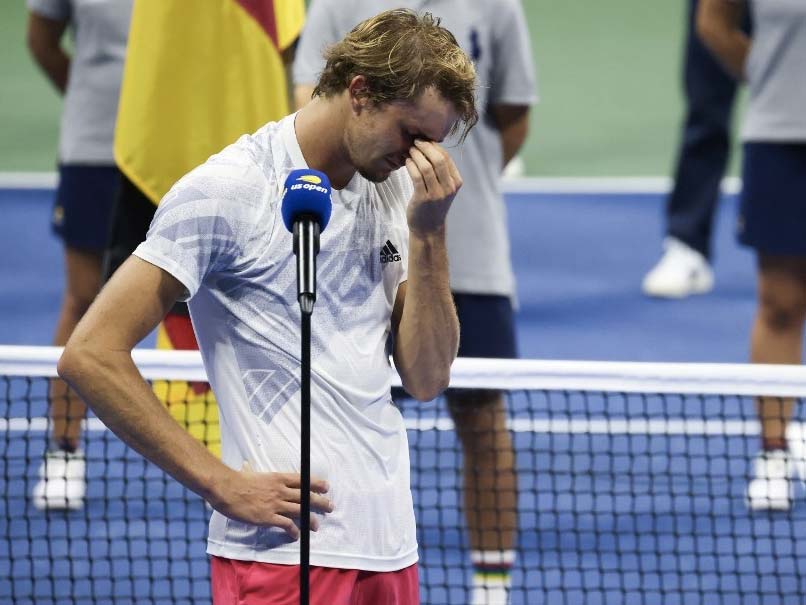 Alexander Zverev opened up about the allegations, apologising for the negative attention to tennis.© AFP

Alexander Zverev opened up about the domestic assault allegations he is facing on Friday, apologising for the negative attention it has brought to tennis and insisting the picture painted by his ex-girlfriend is "not who I am". Former junior player Olga Sharypova said in a social media post last month that the German world number seven had tried to "strangle" her while at last year's US Open. In a subsequent media interview with Racquet magazine, the Russian alleged the abuse she suffered drove her to attempt suicide.

Zverev, who also found out recently that he is expecting a baby with another former partner, put out a short statement on Instagram to deny Sharypova's claims but had refused to provide any further answers to questions on the subject.

He changed that stance at his press conference ahead of the ATP Finals in London, saying: "Many people have asked me why I kept my mouth shut, why I didn't say anything."

"While I very much regret that those accusations are made, I have to stick to my initial thing of them being just untrue and continue to deny them."

The 23-year-old German, who won the eight-man ATP Finals in 2018, again stated that the accusations were unfounded and untrue.

"We had our ups and downs but the way our relationship is described in the public is not how it was," he said.

"It makes me sad the impact that such false accusations can have -- on the sport, on the outside word, on myself as well. I truly apologise that the focus has shifted away from the sport. We all love playing tennis. That's what we're here to do."

Zverev will play his first match at the O2 Arena on Monday against Daniil Medvedev, with play beginning on Sunday behind closed doors.

Comments
Topics mentioned in this article
Alexander Zverev Daniil Medvedev Tennis
Get the latest updates on Fifa Worldcup 2022 and check out  Fifa World Cup Schedule, Stats and Live Cricket Score. Like us on Facebook or follow us on Twitter for more sports updates. You can also download the NDTV Cricket app for Android or iOS.