T20 World Cup: Suryakumar Yadav went across the stumps and played a scoop shot over backward square leg on the ball that was bowled outside the tramline. 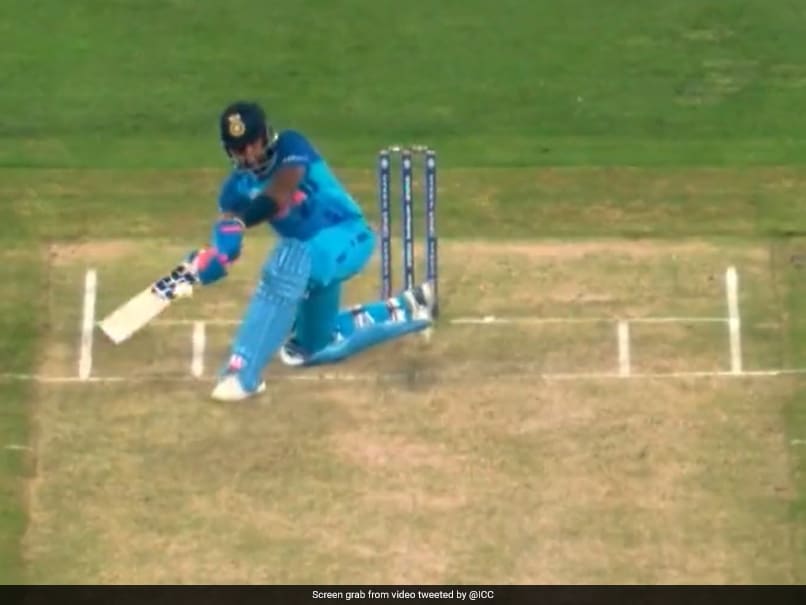 Suryakumar Yadav plays a scoop shot for a six against Zimbabwe in T20 World Cup.

Suryakumar Yadav is in the form of his life. The right-handed batter has set the stage on fire with his sensational stroke play at the ongoing T20 World Cup in Australia. He is the spine of India's middle-order and continues to deliver for the side, more often than not. Sunday was no expectation for the star batter when India faced Zimbabwe at the Melbourne Cricket Ground. He scored a fancy 61 not out off only 25 balls, an innings that was laced with six fours and four sixes.

Suryakumar's knock on Sunday included some breath-taking and unbelievable shots. In the last over of India's batting, he hit a sensational scoop that left the fans dumbstruck.

On the third ball of the 20th over, bowled by Zimbabwe's left-arm pacer Richard Ngarava, Suryakumar went across the stumps to play a shot on the leg side.

Ngarava followed the batter and bowled a full toss to him near the tramline, but Suryakumar still managed to scoop the ball from there for a six over backward square leg.

Iconic moments like this from every game will be available as officially licensed ICC digital collectibles with @0xfancraze.

Visit https://t.co/8TpUHbQikC today to see if this could be a Crictos of the Game. pic.twitter.com/EMo1LVMxKv

It is worth noting that Suryakumar Yadav is now third on the list of leading run-scorers in 2022 T20 World Cup with 225 runs to his name in five games.

Talking about the match, India defeated Zimbabwe by 71 runs at the MCG to set-up a semi-final clash with England on November 10 at the Adelaide Oval.

Defending 186 for 5, India bundled out Zimbabwe for 115 runs in 17.2 overs as Ravichandran Ashwin starred with 3 wickets for 22 runs in his four overs.

Suryakumar Yadav's knocked had steered India to 186 for 5. Sean Williams was the pick of the bowlers for Zimbabwe by returning figures of 2 for 9 in two overs after India skipper Rohit Sharma won the toss and opted to bat first in the game.

Zimbabwe Cricket Team ICC T20 World Cup 2022 Zimbabwe vs India, Super 12 - Match 30 Cricket
Get the latest updates on IPL Auction 2023 and check out  IPL 2023 and Live Cricket Score. Like us on Facebook or follow us on Twitter for more sports updates. You can also download the NDTV Cricket app for Android or iOS.