The spinners have named themselves 'Kulcha' and are having a whale of a time in South Africa. 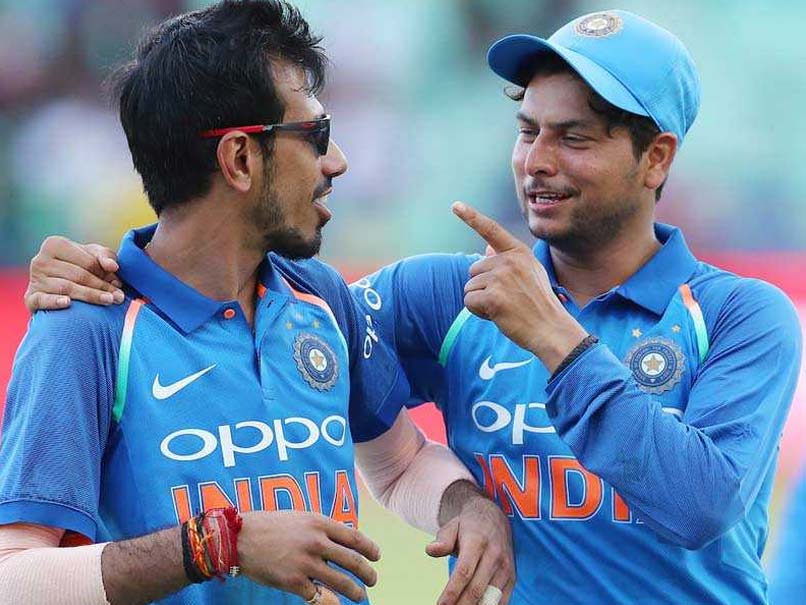 Yuzvendra Chahal and Kuldeep Yadav have so far shared 30 wickets between them.© BCCI

The Indian wrist spinner duo of Kuldeep Yadav and Yuzvendra Chahal has been instrumental in their team's historic first-ever One-day International (ODI) bilateral series victory over South Africa in that country. The Virat Kohli-led team, after easing past the South Africans by 73 runs in the fifth ODI, not only have an unassailable 4-1 lead in the series but also sit atop of the ICC ODI team rankings. The Indian spin duo has shared 30 wickets between them so far. Chahal, taking his chemistry with Kuldeep a step further, took to Twitter and uploaded a photo, renaming themselves 'Kulcha.'

The photo is captioned, "Kul and Cha are feeling good after wrapping up the series and making history. Wishing everyone a Happy Valentine's day #kulcha #bromance #indvssa #30andcounting #spintwins."

Kul and Cha are feeling good after wrapping up the series and making history. Wishing everyone a Happy Valentine's day #kulcha #bromance #indvssa #30andcounting #spintwins pic.twitter.com/zbmPiAHW04

While Port Elizabeth in the past hasn't been a favourable ground for the Indian side, this year's Indian team proved otherwise as they completely outclassed the home side.

The spin twins also broke the record for most number of wickets by an overseas spinner in a bilateral ODI series in South Africa, surpassing West Indies all-rounder Keith Arthurton's 12 wickets in 1998-99.

Chahal was the first to achieve the feat when he claimed his 13th wicket in the form of David Miller, Kuldeep (16 wickets) followed suit as he ended the match with figures of four for 57.

Trailing Arthurton is Australia spin great Shane Warne, who has 11 wickets to his name.

India, going into the sixth and final ODI, will be looking to end the series with a win. "We want to win 5-1 but there might be a scenario to give a few (other) guys a chance. It's a wonderful feeling to have created some history. The guys really got stuck in, with the bat and the ball and in the field as well," Kohli said.

Comments
Topics mentioned in this article
India Cricket Team South Africa Cricket Team Yuzvendra Chahal Kuldeep Yadav South Africa vs India 2018 Cricket
Get the latest updates on ICC T20 Worldcup 2022 and CWG 2022 check out the Schedule, Live Score and Medals Tally. Like us on Facebook or follow us on Twitter for more sports updates. You can also download the NDTV Cricket app for Android or iOS.