Shikhar Dhawan slammed his 13th ODI ton against South Africa in the fourth ODI at the Wanderers. 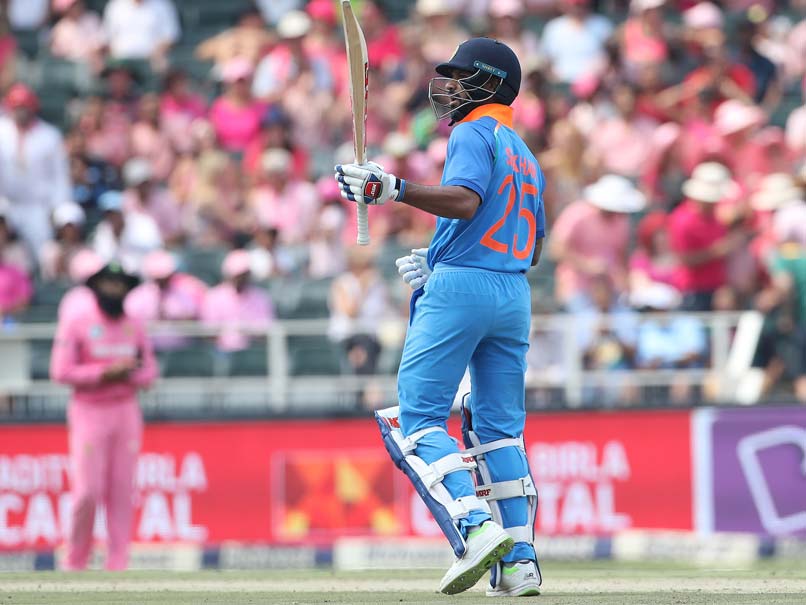 India opener Shikhar Dhawan slammed his 13th century in the 4th ODI against South Africa at the Wanderers Stadium. Dhawan, playing in his 100th ODI, showcased his pedigree with some exquisite strokeplay during 99-ball ton. With this feat, Dhawan also became the only Indian to hit an ODI century in his 100th match. The left-hander reached his hundred with a single in the 33rd over off Chris Morris' delivery. Dhawan's knock included ten fours and two sixes.

After winning the toss, India skipper Virat Kohli chose to bat first in the fourth ODI. Opener Rohit Sharma yet again faltered and continued his poor form. He was dismissed by Kasigo Rabada in the 4th over after the latter took a brilliant low catch dismissing the batsman for 5 runs. There on, both Kohli and Dhawan forged a stupendous 158-run partnership between them and stabilised the Indian innings. Kohli also slammed his 46th ODI fifty in the process and eventually fell for 75 runs in the 32nd over.

In the previous ODIs, Dhawan had scored an unbeaten 51 in the 2nd match at Centurion to guide India to a 9-wicket win over South Africa. He again went on to score 76 runs in the third game at Cape Town giving the visitors an edge in the series.

India have dominated the one-day series against South Africa so far, having won the first three games comprehensively in the six-match series. and a win in this match will help them record a historic series win over South Africa. Dhawan played the first Test at Cape Town, but didn't feature at Centurion or Johannesburg. Dhawan made his ODI debut against Australia at Visakhapatnam in 2010.

Comments
Topics mentioned in this article
South Africa Cricket Team India Cricket Team South Africa vs India 2018 Virat Kohli Shikhar Dhawan Cricket
Get the latest updates on Fifa Worldcup 2022 and check out  Fifa World Cup Schedule, Stats and Live Cricket Score. Like us on Facebook or follow us on Twitter for more sports updates. You can also download the NDTV Cricket app for Android or iOS.