India are in an upbeat mood after winning the last Test and would love to carry that momentum into the ODI series vs South Africa. 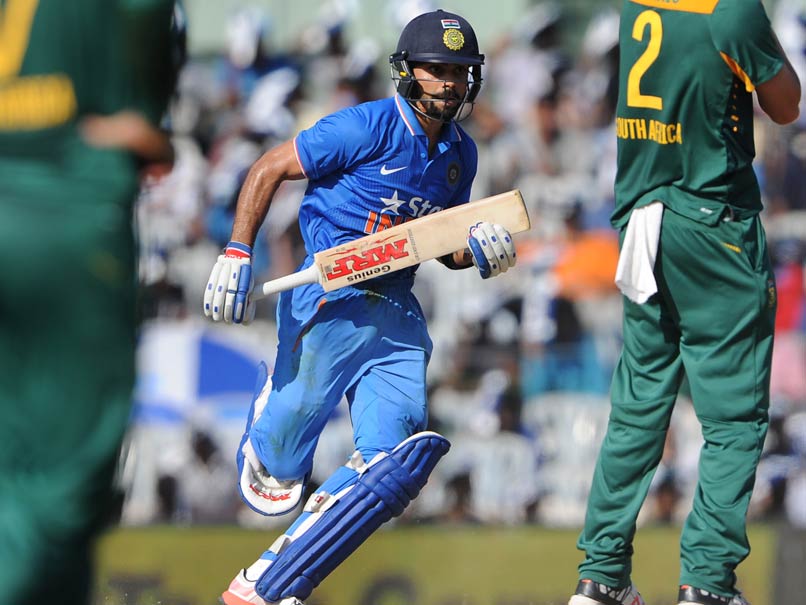 With the Test series now done and dusted, India and South Africa have shifted their focus towards the One-day International series, with the first match of the six-game series to be played in Durban on Thursday. India will be bolstered by the arrival of the limited-overs experts, not least Mahendra Singh Dhoni, who seems to be able to infuse new confidence into the side with just his presence. That, added to the fine win in the last Test at Johannesburg, make India at least equal foes if not better when they take on South Africa. With only 14 months to go for the 2019 ODI World Cup, India will also look to kick off their preparations in earnest during the series.

India have a long limited-overs' schedule until their next big Test assignment this year.

Such a definitive run of limited-overs' cricket, especially in overseas conditions in South Africa and England, will allow the Indian team management to round up the squad's core for the big tournament in 2019 and fix up certain spots which still need some work.

At the same time, the Men in Blue will be intent on winning their first-ever bilateral ODI series on the South African soil.

In 28 meetings since 1992-93, the Proteas have won 21 matches, while India have only won five. Such a poor record will not sit well with the current team management that is intent on improving India's all-round showing in overseas conditions.

Additionally, India have a very lop-sided ODI record at Durban. In seven ODIs against South Africa at this venue, since 1992-93, they have lost six with one no-result. India did beat England and Kenya here though, during the 2003 ODI World Cup, giving them an overall two wins in nine ODIs at Kingsmead.

Comments
Topics mentioned in this article
India Cricket Team South Africa Cricket Team Virat Kohli Faf du Plessis South Africa vs India 2018 Cricket
Get the latest updates on IPL 2020, check out the IPL Schedule for 2020 and Indian Premier League (IPL) Cricket live score . Like us on Facebook or follow us on Twitter for more sports updates. You can also download the NDTV Cricket app for Android or iOS.