Indian athletes bagged all the medals in the four events that took place on the final day of the ISSF Junior World Championship in Lima, Peru, topping the standings with 40 medals. 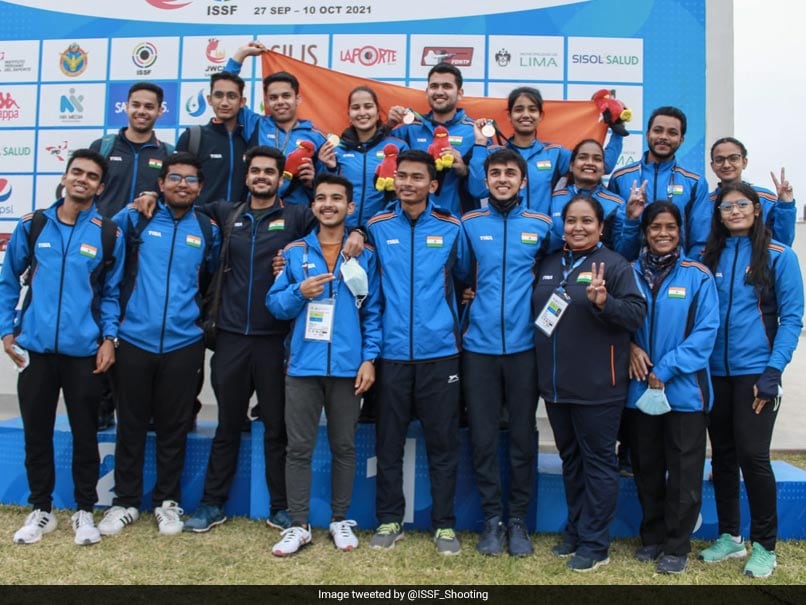 India ended with 40 medals and topped the medal standings at the ISSF Junior World Championship.© Twitter

Indian athletes bagged all the medals in the four events on the final day of the ISSF Junior World Championships in Lima, Peru. In the medal standings, India finished at the top with 40 medals in total, including 16 gold, 15 silver and nine bronze. The second place in the medals tally went to the USA with 21 medals that included seven gold, eight silver and six bronze medals. Italy, France and Germany followed the top two with a tally of 10, nine and 10 medals respectively.

Team India won all medals on the final day of the World Championship in Peruhttps://t.co/FtV0agI2s9 pic.twitter.com/dVhp8qzKuX

It was a clean sweep of podium places for India on a memorable final day.

The Indian pair had performed brilliantly earlier when they topped the qualification round with a world record-equalling score of 590.