The 23rd edition of the Survivor Series turned out to be a solid outing and can be labelled as one of the biggest shows of the year. 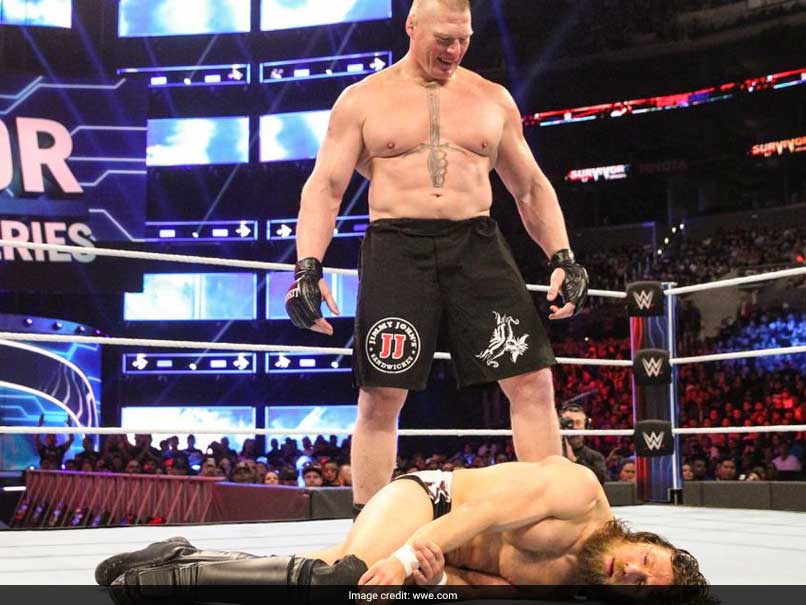 WWE Survivor Series 2018, the final pay-per-view event of 2018, saw RAW and SmackDown superstars compete against each other at the Staples Center in Los Angeles on Sunday. Although the original main events did not go as planned due to an injury to Becky Lynch and Daniel Bryan's heel turn on AJ Styles, the clashes featuring Ronda Rousey-Charlotte Flair and Brock Lesnar-Daniel Bryan looked solid on paper. The 23rd edition of the PPV event turned out to be a solid outing and can be labelled as one of the biggest shows of the year before we gear up for the next year's WrestleMania season.

When Daniel Bryan won the WWE championship from AJ Styles on SmackDown Live last week, it set him up for a date with Universal Champion Brock Lesnar. It was a match Bryan has wanted for years, dating all the way back to 2014 when he was forced out of action due to injury.

Right from the beginning, Bryan was getting thrown all around. It seemed Lesnar was going to end it soon. He picked Bryan up and shouted "good night, everybody" before hitting an F-5.

The Beast Incarnate could manage just two counts. Bryan then showed some life with a couple kicks to Lesnar's head as he was flat on his back.

Lesnar's next F-5 went awry as Bryan hit the referee. Bryan used this to his advantage, a blatant low blow coming next - that's how he won the title last week - and following up with the running knee.

Lesnar was finally hurt, though, and Bryan responded with repeated kicks, stomping his head into the mat. Bryan's offense was relentless, with running knee after running knee and never able to get the pin on it. Then he was hit with one more F-5, and that was the finish.

The showdown between Ronda Rousey and Charlotte Flair turned out to be one of the best in WWE women's history until an abrupt disqualification finish.

Despite being disqualified, Flair continued to bash Rousey, sparking outrage from the WWE commentary team. After narrowly being denied the match, Flair lost control when the match stumbled out of the ring.

After Rousey charged at her opponent, Flair snatched an illegal Kendo stick and proceeded to rain down blows. Flair was immediately disqualified but proceeded to bash Rousey, including throwing her head into the steel stairs.

The Kendo sticks were just the tip of the iceberg in the house of pain Flair inflicted on Rousey during the match. Rousey's mouth was left bloodied when she took a tumble right at the moment Flair had moved to push her into the corner ropes.

The dramatic result has set the UFC up for another main event re-match between the pair.