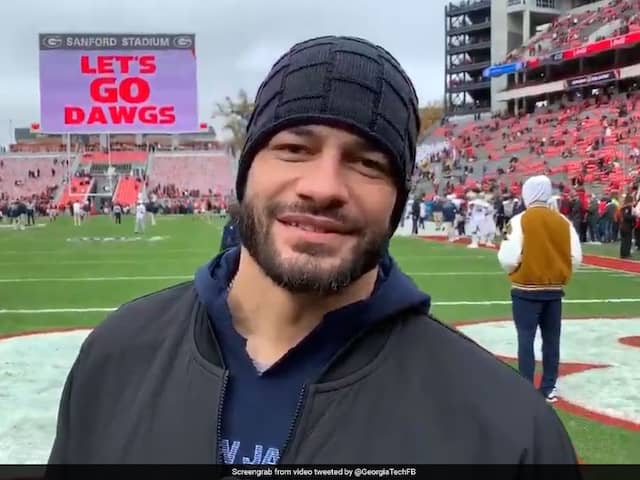 American professional wrestler Roman Reigns shocked the world last month when he revealed that he is suffering from leukaemia and will have to leave WWE. However, to much delight of his fans, the former WWE Universal champion Roman Reigns recently made his first public appearance since opening up about the disease. Reigns was recently spotted during an American football match between Georgia Tech Yellow Jackets and Georgia Bulldog. The official Twitter account of the Georgia Tech football team posted his video, in which he said, "I'm the real big dog here. To hell with Georgia, baby."

Last month, Roman Reigns had said that he has been living with the disease for 11 years and the return of the same has forced him to take a leave of absence from WWE.

"I've been living with leukaemia for 11 years, and unfortunately it's back...I'm going to have to relinquish the Universal Championship," WWE quoted Reigns, as saying.

Reigns revealed that he was first diagnosed with the disease back in 2008 at the age of 22. Clarifying that the hiatus should not be considered as his retirement, Reigns said that he would be back after beating leukaemia.

Reigns has been a four-time world champion in WWE, having held the WWE World Heavyweight Championship three times and the Universal Championship once.