Roman Reigns relinquished his World Wrestling Entertainment (WWE) Universal Championship title after revealing that he is battling with leukemia. 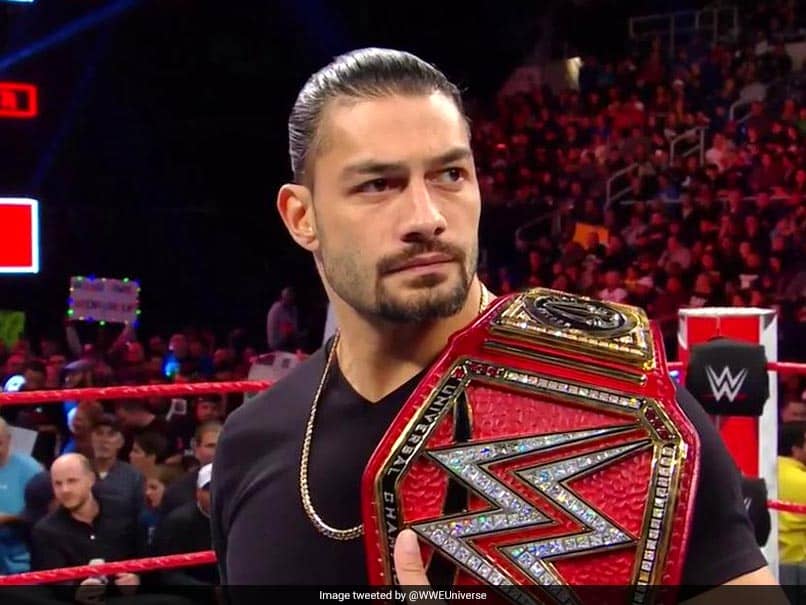 Roman Reigns made the shocking announcement on Monday night episode of RAW.© Twitter

American professional wrestler Roman Reigns on Monday relinquished his World Wrestling Entertainment (WWE) Universal Championship title after revealing that he is battling with leukemia. The 33-year-old made the announcement during a RAW episode in Washington DC (USA). Elaborating on his condition, Roman Reigns said that he has been living with the disease for 11 years and the return of the same has forced him to take a leave of absence from WWE. "I've been living with leukemia for 11 years, and unfortunately it's back...I'm going to have to relinquish the Universal Championship," WWE quoted Reigns, as saying.

.@WWERomanReigns has to relinquish the Universal Championship due to a battle with leukemia. #Raw pic.twitter.com/EhomllNwjK

Post the shocking revelation from the champion, wishes for his quick recovery poured in from all quarters. Former wrestling legends along with fans expressed their disbelief and wished him quick recovery on social media platforms.

EXCLUSIVE: Moments after announcing that his returning leukemia has forced him to relinquish the Universal Championship, @WWERomanReigns is met with an outpouring of support backstage. #Raw pic.twitter.com/JRv0iYLILJ

Fight on to victory my courageous brother! pic.twitter.com/wuYAoxa48p

Don't worry, you'll be back and you're gonna sign this vest one day. #ThankYouRoman @WWERomanReigns pic.twitter.com/GczrlXLEjo

This hit me on so many levels. In June of this year I was diagnosed with Chronic Myeloid Leukaemia. I was devastated. Before the diagnosis I used to train 4 times a week and was a good 96kg of muscle. I used to bench 120kg, deadlift and squat 140kg.

We miss you brother.. pic.twitter.com/xO8gDkuudq

Reigns revealed that he was first diagnosed with the disease back in 2008 at the age of 22. Clarifying that the hiatus should not be considered as his retirement, Reigns said that he would be back after beating leukemia.

"This is by no means a retirement speech. I will beat this, and I will be back, so you will see me very, very soon,' Roman said.