Sheamus from Ireland, who has been a life-long supporter of the Jurgen Klopp-managed club. 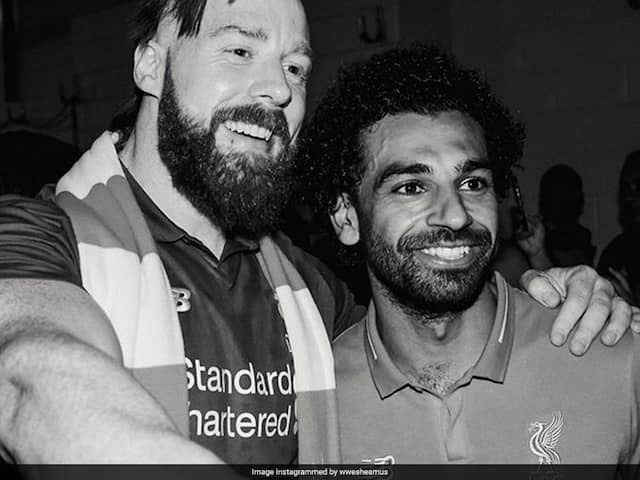 WWE superstar Sheamus was pictured along side Liverpool FC key forward Mohamed Salah during the merseyside club's pre-season tour in the United States. The former WWE Champion Sheamus from Ireland, who has been a life-long supporter of the Jurgen Klopp-managed side later took to social media to clarify air on the relation he shares with the Egyptian star footballer Salah. Also, known as 'the Celtic Warrior,' Sheamus posted a few pictures with Salah on Instagram and said, "Don't call it a bromance, @WWECesaro will get mad. #LFC #MoSalah?"

?Don't call it a bromance, @WWECesaro will get mad. #LFC #MoSalah ?

A few days back, Sheamus was also spotted amidst the spectators at the MetLife Stadium in New Jersey, who were cheering Liverpool who took on English Premier League (EPL) holder Manchester City in the International Champions Cup fixture. The Irish posted a picture from the stadium on Instagram and said, "?C'mon The Reds! Just spotted #WrestleMania sign at @liverpoolfc v @mancity at @mlstadium. ? #LFC?"

In the match, Salah (63rd minute) wasted no time in returning to goal scoring form as Liverpool came from behind to beat Manchester City 2-1.

For the Pep Guardioula-managed Manchester City, Leroy Sane -- who was earlier dropped from the FIFA World Cup 2018 squad for Germany scored the lone goal while Sadio Mane (90+4') sealed the winner for Liverpool in the stoppage time.

Liverpool Mohamed Salah Football
Get the latest Cricket news, check out the India cricket schedule, Cricket live score . Like us on Facebook or follow us on Twitter for more sports updates. You can also download the NDTV Cricket app for Android or iOS.