WWE Crown Jewel 2018: Everything You Need To Know About The Pay-Per-View Event 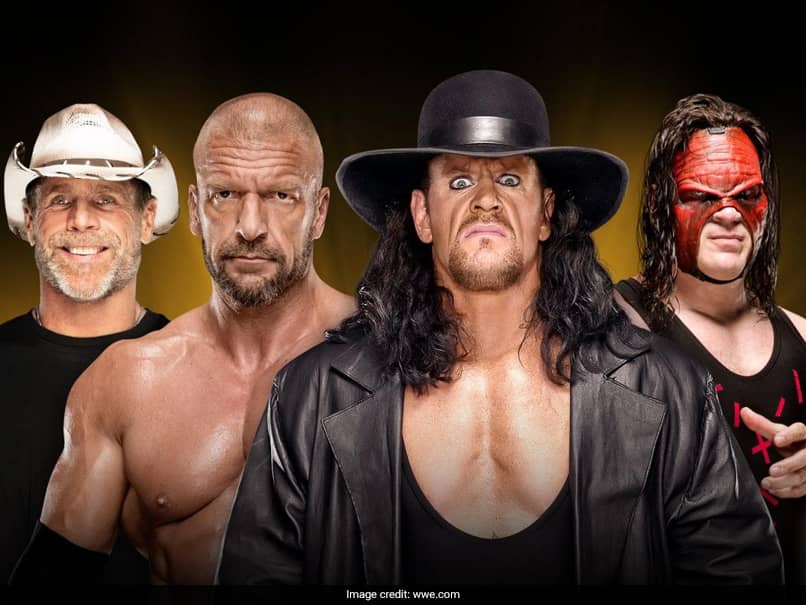 The WWE will be heading back to Saudi Arabia on Friday for the first time since the Greatest Royal Rumble event to bring us the much-awaited Crown Jewel event. The pay-per-view event in the Middle East is set to feature two world title matches, the in-ring return of Shawn Michaels after eight years and a first-of-its-kind eight-man World Cup tournament. The controversial event will be hosted by none other than Hulk Hogan, who is making a shock return to the WWE after three years. His last appearance in the WWE was back in 2015, following which he was banned by the company for making racist comments.

Roman Reigns was scheduled to defend his WWE Universal title at the King Saud University Stadium in Riyadh but he relinquished the title to battle his returning leukaemia. Therefore, Braun Strowman and Brock Lesnar will lock horns for the vacant title at the WWE Crown Jewel.

In a one-on-one match, AJ Styles will look to defend his WWE Championship against Samoa Joe. Joe had replaced Daniel Bryan, who lost to Styles at Smackdown on Tuesday.

D-Generation X will face The Brothers of Destruction in a historic Tag team match. The tie between the two legendary factions was set up after The Undertaker and Kane attacked Triple H and Shawn Michaels in Melbourne.

Triple H made an official announcement of the match on the first RAW after the WWE Super Show-Down.

The match will be Michaels' first since he was retired by The Undertaker at WrestleMania XXVI in 2010.

One of the biggest highlights of the event will definitely be the first-ever World Cup tournament. Eight superstars from RAW and Smackdown Live will battle it out for the World Cup glory in a knockout format.

The current Intercontinental and Tag team champion Seth Rollins, Dolph Ziggler, Bobby Lashley and WWE Hall of Famer Kurt Angle will represent RAW. Smackdown, on the other hand, will be represented by Jeff Hardy, Randy Orton, The Miz and Rey Mysterio.

Seth Rollins will face Bobby Lashley in the first round while Kurt Angle will be up against Dolph Ziggler in the other match from RAW. In the Smackdown corner, Jeff Hardy will face The Miz while Rey Mysterio will be renewing his rivalry with Randy Orton in the first round.

The live streaming of WWE Crown Jewel event will be available on Sony Liv app and WWE app.