Tokyo Olympics organisers insisted Friday that the coronavirus-postponed Games will still go ahead despite Japan declaring a state of emergency less than 200 days before the opening ceremony. 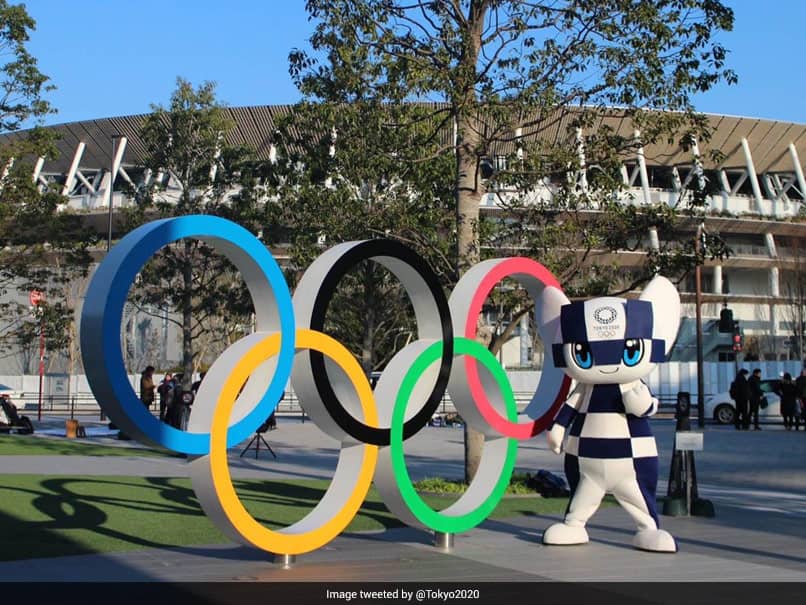 The Tokyo Olympics organisers insisted that the emergency would not derail plans.© Twitter

Tokyo Olympics organisers insisted Friday that the coronavirus-postponed Games will still go ahead despite Japan declaring a state of emergency less than 200 days before the opening ceremony. Prime Minister Yoshihide Suga on Thursday announced the month-long measure covering the greater Tokyo area, taking effect from Friday, as the country battles a surge in infections. Tokyo 2020 chiefs have already said another postponement of the Games -- set to begin on July 23 -- is out of the question.

And they insisted Friday that the emergency would not derail plans.

"This declaration of emergency offers an opportunity to get the Covid-19 situation under control and for Tokyo 2020 to plan for a safe and secure Games this summer, and we will proceed with the necessary preparations accordingly," organisers said in a statement.

Suga said Thursday that Japan is committed to holding a "safe and secure" Olympics, and that he believes the public mood will change when the country begins vaccinations, currently scheduled for late next month.

But International Olympic Committee member Dick Pound told the BBC that he could not "be certain" the Games will go ahead, because "the ongoing elephant in the room would be the surges in the virus".

Japan's state of emergency is less strict than the harsh lockdowns seen elsewhere or even the country's first virus emergency last spring.

It primarily targets restaurants and bars, which will be asked to stop serving alcohol by 7pm and close an hour later.

But the emergency may harden public opinion against the Games, with a majority opposed to holding them this year even before the third wave worsened.

Japan has yet to approve a coronavirus vaccine, with Suga saying he hopes the first jabs can begin in late February. Health workers and the elderly are expected to be first in line.

Pound said this week that athletes should be given high priority for the vaccine to ensure the Games can go ahead.

"It's a decision for each country to make," the Canadian told Sky Sports on Wednesday. "And there will be people saying they are jumping the queue, but I think that is the most realistic way of it going ahead."

International Olympic Committee chief Thomas Bach said last year that the body would "undertake great efforts" to ensure as many participants and spectators as possible were vaccinated before the Games.

But organisers say they are also not relying on vaccines to move ahead with the Games, and in December unveiled antivirus measures they say will allow the event to happen even if the pandemic has not been brought under control.

The countermeasures and the delay have helped put the Tokyo Olympics on course to become one of the most expensive Summer Games in history, with a final budget of 1.64 trillion yen ($15.8 billion) unveiled in late December.

The extra costs -- up 294 billion yen ($2.8 billion) from figures released a year ago -- come despite organisers trying to scale back elements of the Games in a bid to save money.