The Irish Lass Kicker seemed to have broken her nose and bled all over during the fight. 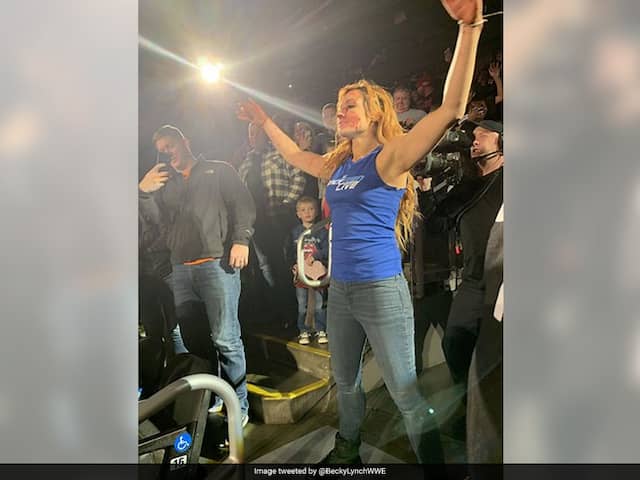 The Man walked out with blood still pouring down her face.© Twitter

Becky Lynch took the WWE Universe by storm as she led the Smackdown women's division's invasion on RAW and destroyed Ronda Rousey. The cameras showed backstage footage of the Smackdown Women's Champion locking Rousey in the Dis-Arm-Her and trying to rip her arm off. Lynch then came out to confront four of Team RAW's members but then the Smackdown division attacked from behind and an intense brawl ensued. The Irish Lass Kicker seemed to have broken her nose and bled all over during the fight.

Rousey then came out to help her colleagues but a bruised Lynch put her out of commission as she hit the UFC Hall of Famer with a steel chair three times.

The Man walked out with blood still pouring down her face.

Lynch then made an appearance on Tuesday night during SmackDown Live, despite the gruesome injury she suffered on Monday night at the hands of Nia Jax.

SmackDown General Manager Paige invited all of the women of the SmackDown roster out to the ring.

Paige spoke about how Lynch sustained a "severe concussion fighting for SmackDown Live" during RAW.

She announced that Lynch would come out and handpick a replacement to face Ronda Rousey at Survivor Series.

Lynch then went on to pick her replacement, saying it would be someone she knows can get the job done.