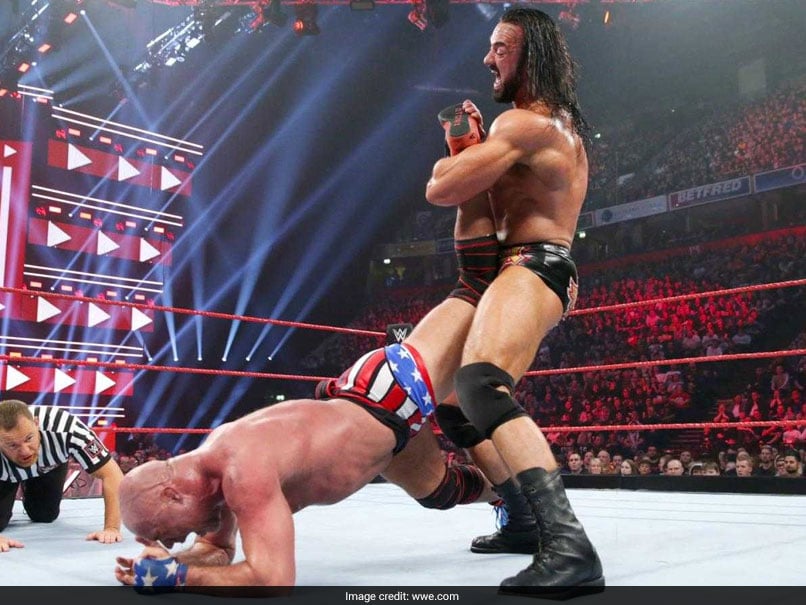 WWE Monday Night RAW saw Drew McIntyre, Alexa Bliss and Authors of Pain (AOP) take centre stage in the build-up to Survivor Series. The main event of RAW saw McIntyre dominate Kurt Angle and beat the Hall of Famer via submission. Kurt Angle, who was competing in the singles action on RAW for the first time in more than 12 years, lost the opportunity of replacing Baron Corbin as the captain of the RAW Men's Survivor Series team.

The split resulted in AOP's rise to the top of the ladder as they became the new RAW tag-team champions. RAW acting-manager Baron Corbin made Rollins, the king slayer, defend the tag-team championship alone as Ambrose didn't show up for the match.

In an one-sided encounter, Rollins tried hard but eventually fell to the AOP. However, Ambrose decided to show up after the match and attacked Rollins before asking him if he wanted to know the reason why he was betrayed. The answer still remains to be known.

In the run-up to the Survivor Series, Corbin, the lone wolf, decided to name Alexa Bliss as the captain of the RAW Women's squad and give her full control over the women's roster.

One of the other highlight of RAW was Nia Jax confronting WWE RAW women's champion Ronda Rousey. With Nia winning the Battle Royale at the WWE Evolution, Rousey will have to be wary of both Nia and WWE Smackdown women's champion Becky Lynch as Nia has the opportunity to challenge Rousey for the championship.

Come Survivor series, it will a champion vs champion match between Rousey and Lynch.

The match between the team of Sasha Banks, Bayley and Natalya  and the Riott Squad ended in a no contest