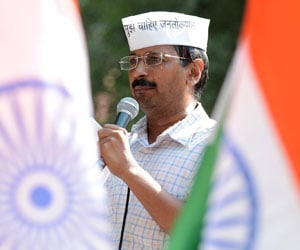 There are various issues that have plagued Indian sports since time immemorial, but what of the ones that hit the headlines in the recent past? Do we as a nation have collective amnesia?

I have a confession to make. I am extremely apolitical. There are very few things which are more confusing for me than a ballot paper with the symbols of all the political parties on it. To be honest, I think the UPA and the NDA are mirror images of each other and I'm never sure which party's 'Hum aam aadmi ke saath hain' line to believe more. When it comes to observing political developments my reaction can be summed up as mild curiosity at best.

However, having said that, I have to admit that it's way more than just curiosity with which I have observed the recent developments of how one man has openly questioned and pretty much attacked the two biggest political parties in the country. All his claims/research/background information and allegations of course have been rubbished by both parties which you must admit look a little unsettled. Who is telling the truth and how much of it is not for me to decide. However, the fact that a small team of everyday individuals has managed to capture the nation's imagination is something I have found rather impressive. Which brings me to the question I have been asking myself for a few days now...Does Indian sports need a Kejriwal too?

Anyone who has worked closely with Indian sports, be it athletes, administrators, journalists, PR companies or sponsors knows just how strong a political connection almost every sports federation in the country has. Anyone who watches regular sports bulletins or reads the sports columns will know just how much of political wrangling goes on behind the scenes for the positions of power. Most Indian sports (barring cricket perhaps) have a long way to go when it comes to effective administration, and what really hurts our athletes is the way sports is governed in our country, often by the most inept people. Afterall what business does a man who has probably never even kicked a ball in his life have heading football in the country?

There is a school of thought that believes that if a sports federation is not run by a politician then it will be almost impossible for it to receive funds or function smoothly. I don't buy that argument. Are you telling me that if some day Bhaichung Bhutia heads the AIFF, football in the country will not be in better hands? Isn't Michel Platini, one of the best footballers of all time, doing a good job with UEFA for more than five years now? Didn't Sebastian Coe, a two time Olympic gold medallist, deliver what is being called one of the most successful Olympics in the history of the Summer Games and isn't he about to be elected unopposed as the Chairman of the British Olympic Association for precisely that reason?

The counter argument to that could be that while Platini heads UEFA, the most powerful man in world football, the FIFA President has always been only an administrator. But then we all know just how 'popular' Mr. Sepp Blatter really is.

I am in no way saying that only those with a sports background can run sports well in our country. Nor am I saying that politicians don't have a role to play, afterall, ironically, the one man who is closest to being an activist in Indian sports is a politician himself. Sports Minister Ajay Maken's proposed sports bill is something I must admit I was very happy with, but we all know just how easily the Indian Olympic Association is managing to dodge the Government's age and tenure guidelines hiding behind the shield of autonomy. Afterall if the International Olympic Committee had not stepped in, Suresh Kalmadi would probably have contested the upcoming elections again.

So politicians too can do their bit, no doubt, but we need someone without any political baggage. Someone, who can openly question what is considered to be standard practice in Indian sports administration in a much louder voice, without any fear. The question is who will do it?

Comments
Topics mentioned in this article
Hockey Bishansingh Giansingh Bedi Other Sports
Get the latest updates on IPL 2021, IPL Points Table , IPL Schedule 2021 , live score . Like us on Facebook or follow us on Twitter for more sports updates. You can also download the NDTV Cricket app for Android or iOS.