"Toss Turned Out To Be Very Important": Virat Kohli After India's 10-Wicket Loss

New Zealand, who needed just nine runs to win, outclassed the No.1 Test team in the world by 10 wickets to take a 1-0 lead in the two-match series. 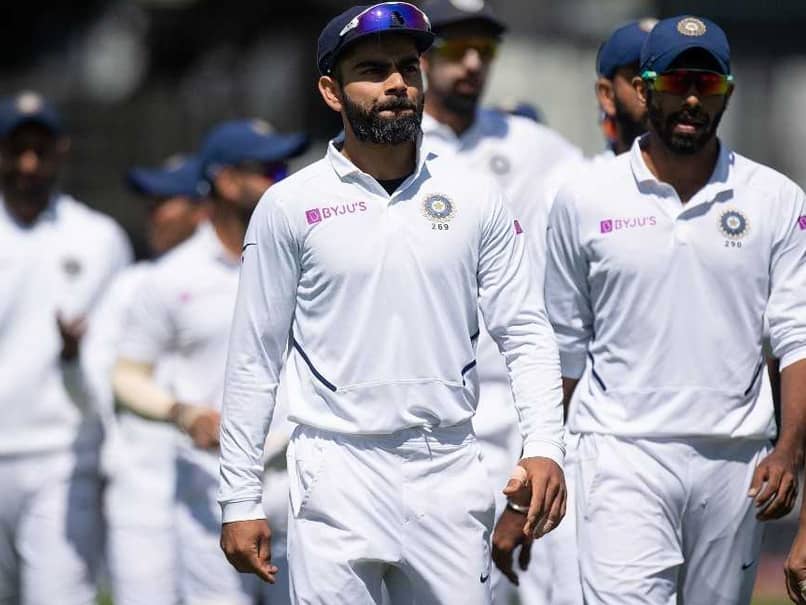 India suffered their first loss in the World Test Championship after being soundly thrashed by a rampant New Zealand team in the first Test at Wellington on Monday. New Zealand, who needed just nine runs to win, outclassed the No.1 Test team in the world by 10 wickets to take a 1-0 lead in the two-match series. After the loss, India captain Virat Kohli rued losing the toss, saying it "turned out to very important", also stressing that the famed Indian batting unit was just not competitive enough in the match.

"Day 1, the toss did turn out to be very important. But at the same time, we take a lot of pride in being competitive as a batting unit and we were just not competitive enough. I don't think we put their bowlers under enough pressure. Anything over 220-230 and we would have been talking a different language," the Indian skipper said in the post-match presentation ceremony.

India had fought back well after Kane Williamson's solid knock and had the hosts in a spot of bother at 225 for seven in the first innings but the last three wickets managed to add 123 runs that helped New Zealand take a handy lead of 183 runs.

The Indian skipper said that the inability to skittle out the New Zealand tail cheaply cost them dear and pushed India "out of the game".

"The first innings really put us behind in the game and the lead put us under pressure. As a bowling group, we have been pretty competitive in bowling good channels for long periods of time. Till about 7 wickets, we were pretty good. The wicket did get better. The last 3 wickets and those 120 runs hurt us and pushed us out of the game," said Kohli.

Prithvi Shaw failed to make his start count in both innings and was dismissed early, drawing a lot of flak from fans on social media but Kohli backed the young opener to come good.

"Prithvi has played only two games away from home. He is a natural strokemaker and would figure out things to get the runs going. Mayank was outstanding in both the innings. Him and Jinks (Ajinkya Rahane) were the only two batters who got some tempo. We just need to stick our template as a batting unit," added the India skipper.

The two teams will now lock horns in the second and final Test in Christchurch, starting on Saturday.

Virat Kohli Prithvi Shaw Mayank Agarwal New Zealand vs India, 2020 New Zealand vs India, 1st Test Cricket
Get the latest updates on IPL 2021, IPL Points Table , IPL Schedule 2021 , live score . Like us on Facebook or follow us on Twitter for more sports updates. You can also download the NDTV Cricket app for Android or iOS.