Fans trolled Ishant Sharma and Mayank Agarwal after they posted pictures on social media following a 10-wicket thrashing in Wellington. 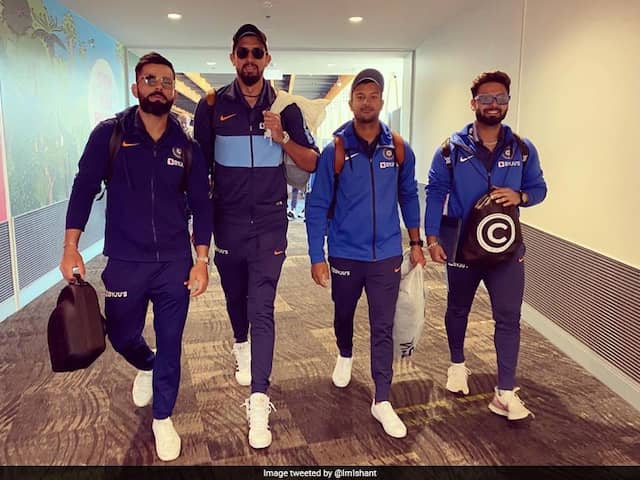 Ishant Sharma and Mayank Agarwal were the only positives for India in an otherwise forgetful outing for the visitors in the first Test against New Zealand in Wellington. New Zealand defeated India by 10 wickets inside four days to take 1-0 lead in the two-Test series. Ishant Sharma took five wickets in the first innings while Mayank Agarwal top-scored in the match with a total of 92 runs in two innings. Ishant Sharma and Mayank Agarwal took to Twitter on Wednesday to share travel pictures which included India captain Virat Kohli and Rishabh Pant. Soon after the duo posted the pictures, fans started trolling Team India as one fan asked them to focus on their game rather than posing for pictures.

"Stop roaming, practise n play good cricket..u have not gone there for shopping," a fan said on Twitter.

Stop roaming, practise n play good cricket..u have not gone there for shopping

In the first Test, India were bowled out for 165 after being put in to bat by New Zealand captain Kane Williamson in overcast conditions.

India lost five wickets on the first day before rain washed out the final session.

For New Zealand, Kane Williamson scored 89 runs but it was the last three wickets that created the major difference between the two sides.

New Zealand were 225 for seven at one stage but the last three wickets managed to add 123 runs that helped them take a handy lead of 183 runs.

In the second innings, India's top order failed once again and were bundled out for 191.

Both the teams will travel to Christchurch for the second and final Test, starting Saturday.

Ishant Sharma Mayank Agarwal New Zealand vs India, 2020 Cricket
Get the latest Cricket news, check out the India cricket schedule, Cricket live score . Like us on Facebook or follow us on Twitter for more sports updates. You can also download the NDTV Cricket app for Android or iOS.