Former New Zealand all-rounder Craig McMillan said that India did not play like the number one team in the first Test. 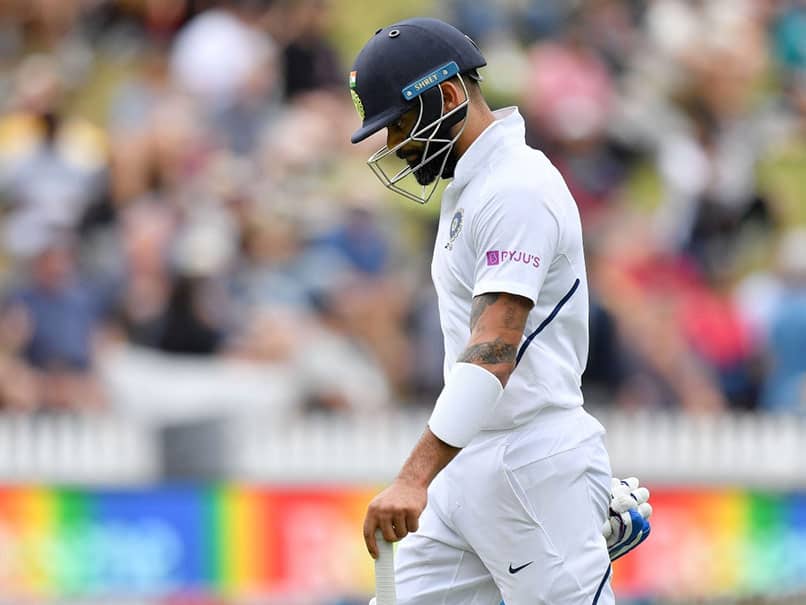 Virat Kohli could only manage to score a total of 21 runs in the first Test match.© AFP

Former New Zealand all-rounder Craig McMillan has taken a dig at the Indian team, saying they did not play like the No.1 ranked Test side in the first Test and could not adjust to the conditions. Hosts New Zealand thrashed India by 10 wickets at the Basin Reserve to take a 1-0 lead in the two-match series. Indian batters failed to get runs in both innings as they had scores of 165 and 191. "They didn't make any adjustments in the way they played, they threw their hands at the ball like they do in India," McMillan told Radio Sport.

"When the ball doesn't bounce above knee high you can get away with some of those shots -- in New Zealand you don't." McMillan said.

"When the ball's swinging, and it did for most of that Wellington Test, Boult and Southee are geniuses," he said.

He rated New Zealand's performance as 'terrific', adding he had never seen the World No.1 Test side dismantled over four days like in Wellington.

"I haven't seen India, the number one Test side in the world, dismantled like they were over those four days in Wellington," he said.

The two sides meet for the final Test in Christchurch from Saturday.

Trent Boult New Zealand vs India, 2020 Cricket
Get the latest updates on India vs Australia Series, check out the India vs Australia Schedule for 2020-21 and Ind vs Aus live score . Like us on Facebook or follow us on Twitter for more sports updates. You can also download the NDTV Cricket app for Android or iOS.