India could not defend a total of 347 in the first ODI and would be keen to make amends at Auckland. 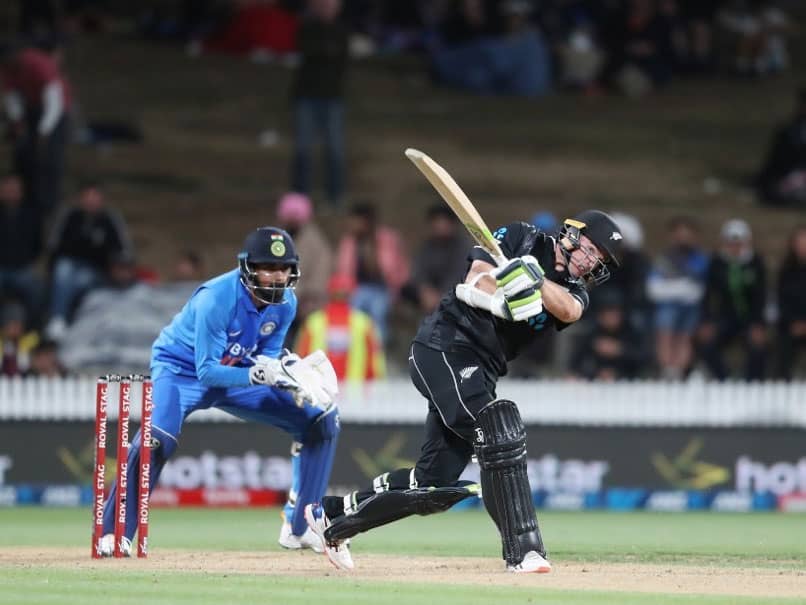 NZ vs IND: India will look to bounce back from the shock defeat that they suffered in the opening ODI.© AFP

India will have two days to dust themselves off and pick themselves up after suffering a shock defeat to hosts New Zealand in the opening One-day International (ODI) of the three-match series. Saturday at Auckland will be a chance for the visitors to right the wrongs of the defeat that didn't even seem a possibility after they had posted a mammoth 347 for four. But it all went pear-shaped for India in the second half of the match with the bowlers failing to stop a belligerent New Zealand that had revenge on their minds after the T20I humiliation. India could make a couple of changes to shore up the bowling line-up with Shardul Thakur and Kuldeep Yadav, both of whom went for plenty in Hamilton. Shardul could make way for Navdeep Saini while Yuzvendra Chahal could come in for Kuldeep.

Kuldeep was the highest wicket-taker for India in the opening ODI with two scalps to his name but was plundered for 84 runs off his 10 overs. Shardul Thakur accounted for the dangerous Martin Guptill but he too was taken to the cleaners, giving away 80 runs off his nine overs.

For New Zealand, chasing down their highest-ever total in ODI cricket at Seddon Park would have been a massive confidence booster for a team that was drubbed 0-5 in the preceding Twenty20 International (T20I) series.

Stand-in skipper Tom Latham was brilliant with the bat while veteran Ross Taylor continued his love affair with Seddon Park.

Meanwhile, on Friday, India had an optional training session. Another area that India could look for a change might be with regard to Kedar Jadhav's all-round contribution to the team.

Selected primarily to bring balance to the playing XI with his part-time spin, Kohli didn't give him a single over in Hamilton. Perhaps it was due to the short boundaries. In that light, bowling Jadhav at Eden Park makes even less sense.

Most of the batting line-up picks itself with the new opening pair of Mayank Agarwal and Prithvi Shaw settling in well in their first outing and the team management will hope the duo can add a
few more runs than last time.

Regular skipper Kane Williamson is still days away from fitness, while Scott Kuggeleijn is ruled out of the second ODI due to illness. Auckland pacer, the six-foot-eight tall Kyle Jamieson will make his debut on home ground on Saturday.