Rohit Sharma believes that the decider match in Hamilton will be "a cracker of a game". 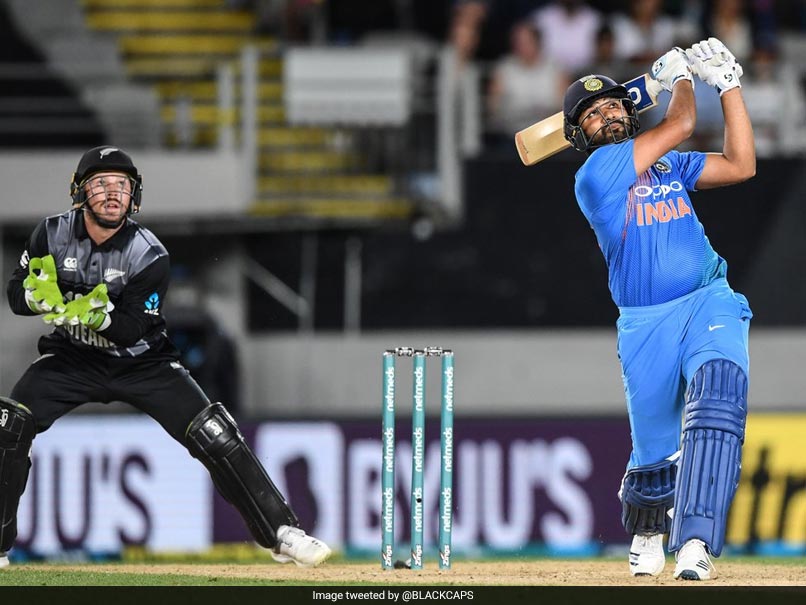 Rohit Sharma, India's stand-in skipper in the absence of Virat Kohli, has set his sight on the third and final T20 International of the three-match series, to be played at Seddon Park on Sunday. India defeated New Zealand by seven wickets in the second T20I on Friday to level the series. Sharing a picture of himself from inside the team bus with the picturesque roads of Hamilton in the backdrop, Rohit Sharma said on Instagram: "Beautiful drive to Hamilton, look forward to one last game of what has been a gruelling 3 months."

Beautiful drive to Hamilton, look forward to one last game of what has been a gruelling 3 months

Rohit scored 50 runs off 29 balls and shared a 79-run opening-wicket stand with Shikhar Dhawan (30*) to give India a confident start in the chase at Eden Park.

Following the match, Rohit promised that the decider match in Hamilton will be "a cracker of a game".

"It's going to be a cracker of a game in the 3rd T20I, but nothing to take away from New Zealand, they're still a quality side," Rohit said at the post-match presentation.

Young batsman Rishabh Pant smashed the winning boundary for India and remained unbeaten for 40 as India chased down the target in 18.5 overs.

All-rounder Krunal Pandya was bestowed with the man-of-the-match award as he claimed three big wickets to restrict New Zealand to 158 for eight after they opted to bat.

Krunal said he was happy to contribute for the team. "It's always special when you contribute to a win. The dimensions are quite different from Wellington, the straight boundaries were short and I had to adjust my length to it. Looking forward to the decider in two days' time," the left-arm spinner said after the match.

Krunal later tweeted a picture of himself in action, saying: "Now we focus on Hamilton."

India have not won a T20I series in New Zealand. In 2009, MS Dhoni-led Indian team was defeated 0-2 in the two-match series.

Rohit Sharma Krunal Pandya New Zealand vs India Cricket New Zealand vs India, 3rd T20I
Get the latest updates on Fifa Worldcup 2022 and check out  Fifa World Cup Schedule, Stats and Live Cricket Score. Like us on Facebook or follow us on Twitter for more sports updates. You can also download the NDTV Cricket app for Android or iOS.