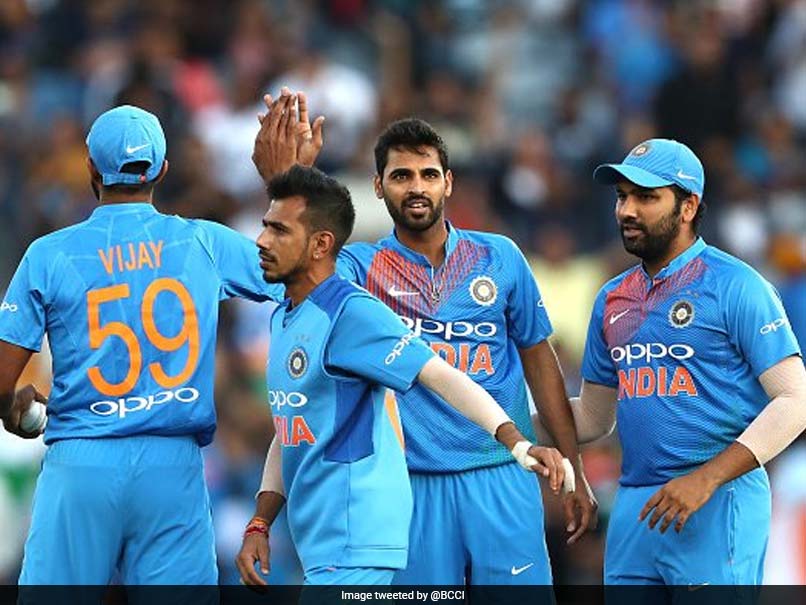 Rohit Sharma is leading India in the absence of Virat Kohli.© Twitter

Rohit Sharma led by example as he scored a match-winning half-century to help India beat New Zealand by seven wickets in the second T20 International to level the three-match series 1-1 in Auckland on Friday. He also became the top run-scorer in T20Is, surpassing New Zealand batsman Martin Guptill. Rohit Sharma, who is leading the Indian team in the absence of Virat Kohli, heaped praise on his team for a "clinical" performance. "Very pleased to see how we bowled, and we were quite clinical with the bat as well," Rohit Sharma said at the post-match presentation.

Former India captain MS Dhoni played a mentor's role for Rishabh Pant, who showed impressive grit at the other end.

Pant smashed the winning boundary as India chased down the 159-run target with seven balls to spare. He was unbeaten on 40 with Dhoni not out on 20 as India made 162/3 in 18.5 overs.

India were thrashed by 80 runs in the first T20I in Wellington on Wednesday to go down 0-1 in the three-match series.

According to Rohit, his team made some mistakes in the series opener that they rectified at Eden Park on Friday.

"We have quality in our side, but we executed our plans better today, after learning from our mistakes," Rohit said.

"It's important to understand the mistakes that we made - it's been a long tour for everyone. So we didn't want to put a lot of pressure on the boys, just go in there with a clear mind," he added.

The decider match will be played in Hamilton on Sunday. The Indian skipper believes it will be "a cracker of a game".

"It's going to be a cracker of a game in the 3rd T20I, but nothing to take away from New Zealand, they're still a quality side," Rohit added.

While Rohit top-scored for India with 50 runs off 29 balls, Krunal Pandya claimed three big wickets to restrict New Zealand to 158/8 after they opted to bat. Krunal was later bestowed with the man-of-the-match award.

Rohit Sharma Cricket New Zealand vs India New Zealand vs India, 2nd T20I
Get the latest updates on Fifa Worldcup 2022 and check out  Fifa World Cup Schedule, Stats and Live Cricket Score. Like us on Facebook or follow us on Twitter for more sports updates. You can also download the NDTV Cricket app for Android or iOS.