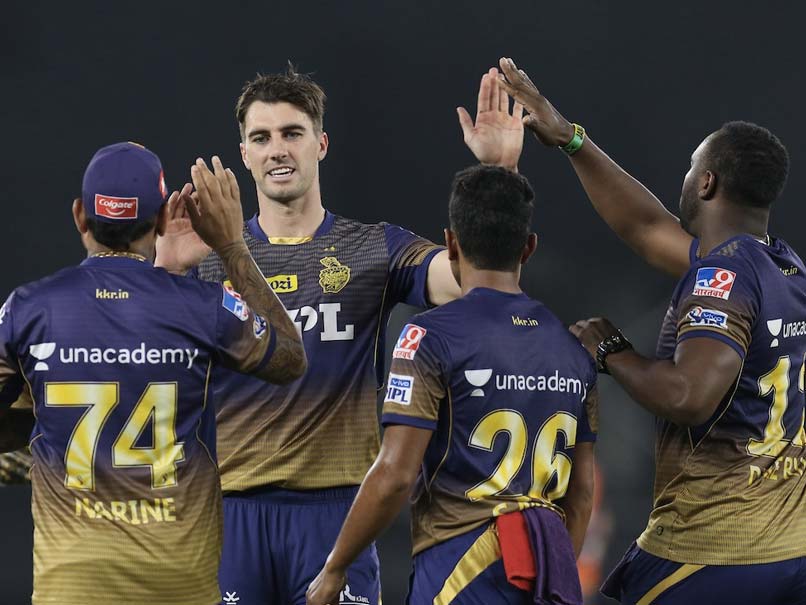 Kolkata Knight Riders ended a four-match losing streak with a 5-wicket win against Punjab Kings in Ahmedabad on Monday. KKR restricted PBKS to 123/9 and chased it down with 20 deliveries to spare. With the win, they moved to the fifth spot in the IPL 2021 points table, having played six games. Punjab Kings, who slumped to their fourth defeat of the season, slipped down to sixth. Eoin Morgan led KKR by example, scoring a 40-ball 47 to steady the team after an early top-order collapse and anchor the chase.

Chennai Super Kings still lead the points table, having moved to the top spot after ending Royal Challengers Bangalore's unbeaten streak on Sunday. Delhi Capitals, who beat SunRisers Hyderabad in a Super Over in Sunday's second game, are in second, while RCB are third. All three teams are tied on 8 points each from five games, with only Net Run Rate separating them. Mumbai Indians are fourth, with four points, the same as KKR and PBKS, but having played one game less. Rajasthan Royals - also with four points from five games - are seventh, while SunRisers Hyderabad are languishing at the bottom, with just one win in five games.

KL Rahul, who scored 19, is second in the run-scorers' list, behind DC's Shikhar Dhawan. Nitish Rana, who is eighth in the list, failed to improve his standings, getting out on a duck.

Prasidh Krishna took a three-wicket haul to move to sixth in the wicket-takers' list with eight scalps to his name. Mohammed Shami, Varun Chakravarthy and Arshdeep Singh all took a wicket each and have seven to their name this season to go 7th, 8th and 9th respectively in the Purple Cap race. RCB's Harshal Patel is the current Purple Cap holder, with 15 wickets in five games.