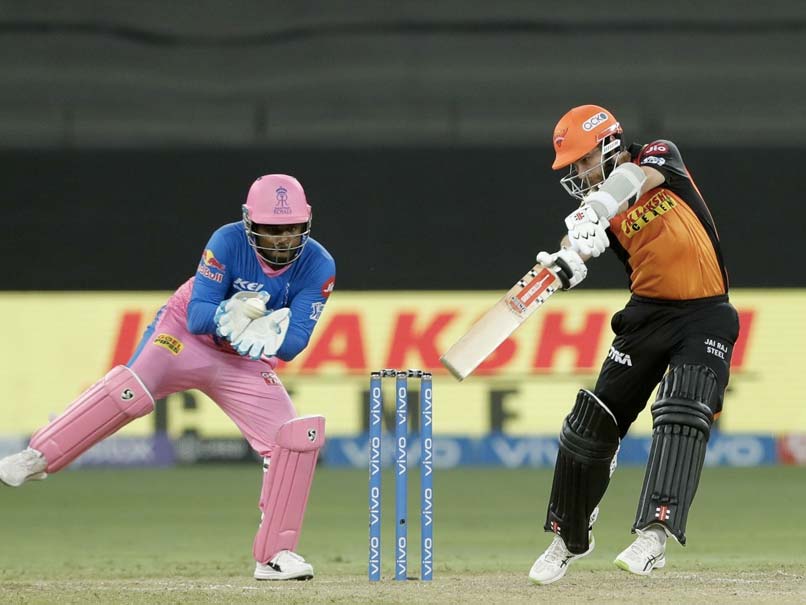 The fifties from Kane Williamson (51*) and Jason Roy (60) guided SunRisers Hyderabad (SRH) to a convincing victory by 7 wickets against Rajasthan Royals (RR) in Match 40 of the Indian Premier League (IPL) 2021. In the chase of 165 runs SRH openers, Wriddhiman Saha and Jason Roy added 57 runs for the first wicket and later the middle order cameo helped Hyderabad to keep the momentum on their side. Abhishek Sharma who came to bat at No.5 after Priyam Garg got out on a duck, remained not out and scored a quickfire 21-run in the end. Earlier while batting first Rajasthan Royals scored 164 runs in 20 overs with heroics of skipper Sanju Samson (84). This was the second win of the season for Kane Williamson-led Hyderabad side but they are still at the bottom of the points table. However, depending on the various permutations and combinations, SRH can still qualify but it's a very difficult task for them going ahead. Rajasthan are at the sixth spot in the points table and they have four more games left in their campaign and in order to qualify for the playoffs they need to do well in all the games. (SCORECARD)

Sanju Samson IPL 2021 Dubai International Cricket Stadium, Dubai Sunrisers Hyderabad vs Rajasthan Royals, Match 40 Cricket
Get the latest updates on IPL Auction 2023 and check out  IPL 2023 and Live Cricket Score. Like us on Facebook or follow us on Twitter for more sports updates. You can also download the NDTV Cricket app for Android or iOS.