SRH vs RR: In their previous game against DC, Chris Morris and Evin Lewis were not available and RR will hope they both return for the match against SRH. 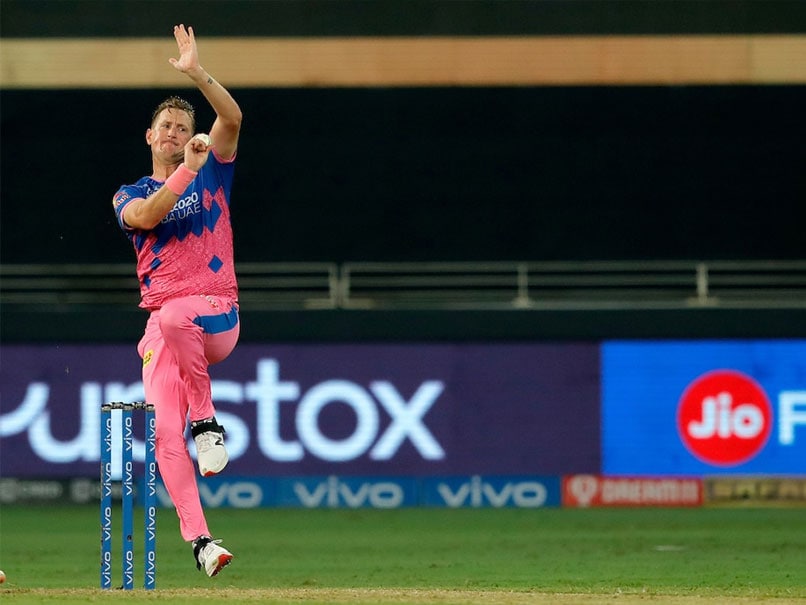 SRH vs RR: Chris Morris was not part of RR's playing XI in their previous game.© BCCI/IPL

After a narrow two-run win over Punjab Kings in their first match of the UAE leg, Rajasthan Royals were completely outplayed by Delhi Capitals in their previous IPL 2021 game. They now come up against SunRisers Hyderabad, the bottom-placed team this season, on Monday at the Dubai International Stadium. SRH have been woeful this season, and RR will be looking add to their miseries with a win in Dubai. But it won't be as straightforward as many might think it would be. Sanju Samson's team have problems of their own thanks to withdrawals of some big names. In their previous game against DC, international stars Chris Morris and Evin Lewis were not available and RR will hope they both return for the match against SRH.

Here is the playing XI we feel RR might field against SRH:

Yashasvi Jaiswal: After a brilliant start where he scored 49 off just 36 balls against Punjab Kings, Yashasvi Jaiswal failed to fire vs Delhi Capitals, dismissed for 5 by Anrich Nortje. The young left-hander will look to get back among the runs and give his team a good start in what is a crucial match for RR.

Evin Lewis: The West Indian opener was "unavailable" during RR's loss against Delhi Capitals. Lewis, who came in as a replacement to Jos Buttler, had smashed 36 off just 21 balls against Punjab Kings and will be raring to have a go again.

Sanju Samson: The Rajasthan Royals captain tried his best to get his team over the line against DC but found no support from the others. He remained unbeaten on 70 off 53 balls with RR being restricted to 120/6 in 20 overs. Samson looked in fine touch but he can't do it all alone. The skipper will look to replicate his knock but will need others to chip in as well.

Liam Livingstone: Having failed to make his mark after being asked to open the innings against DC, the Englishman will hope to make a meaningful contribution against SRH. The powerful right-hander had smashed 25 off 17 balls against PBKS, and will look to do something similar on Monday.

Mahipal Lomror: The 21-year-old played a gem of an innings against PBKS, blasting 43 off just 17 balls, including two fours and four sixes. The going was much harder against DC where he could only manage 19 off 24 balls, but runs under his belt will give him confidence going forward.

Shivam Dube: The left-handed all-rounder is yet to get a look-in during the UAE leg, having been left out of the two matches that RR have played so far. But with Riyan Parag struggling big-time with the bat, Dube might finally get his chance.

Rahul Tewatia: While Tewatia has made contributions with the ball in hand, he has been unable to make his mark with the bat. The 28-year-old has taken two wickets in two matches while not going for too many but has managed scores of 2 and 9 so far.

Chris Morris: It's unclear why Chris Morris was not part of RR's playing XI in the game againt PBKS with Sanju Samson just saying that he was unavailable. RR will need him to be back to his best with both the bat and ball.

Kartik Tyagi: Kartik Tyagi found out the hard way that past performances count for naught in cricket. The pacer had won RR the match vs PBKS with a sensational final over. But he was smashed for 40 runs by DC batters, taking just one wicket.

Chetan Sakariya: The left-arm pacer broke into the India national team with some fine performances for RR but he has not been at his best in the UAE leg so far. While he has taken wickets, he has gone for plenty in both matches and RR will need him to be more economical going forward.

Mustafizur Rahman: After going wicketless against Punjab Kings, the Bangladeshi fast bowler found his range and was the pick of the RR bowlers in the match against DC. Mustafizur took two wickets, giving away just 22 runs off his four overs.

Sanju Samson IPL 2021 Sunrisers Hyderabad vs Rajasthan Royals, Match 40 Cricket
Get the latest updates on Fifa Worldcup 2022 and check out  Fifa World Cup Schedule, Stats and Live Cricket Score. Like us on Facebook or follow us on Twitter for more sports updates. You can also download the NDTV Cricket app for Android or iOS.